Hi there bloggers. I've had an opportunity to write this blog right after dinner. As my beginning statement says, it's cold & yucky.

I went early this week and had my flu shot. I had no problem and I feel good. I miss the sun and warmth. Monday is coming soon and as my daughter said, Dad, Monday is suppose to be a very good day to put up your shed. Thank goodess.

The other night our fire alarm began having little noises. We found out that it was dust causing the thing to make those noises. The man explained that you should clean around it every month. I didn't realize that. Did you? An extremely shy and very modest man was in the hospital for a series of tests, the last of which had left his digestive system upset.

Upon making several false-alarm trips to the bathroom, he decided that the latest was another false alarm, so he stayed put in his bed. He suddenly filled his bed with diarrhea and was embarrassed beyond his ability to remain rational. Loosing his presence of mind, he jumped up, gathered up the bed sheets, and threw them out the hospital window.

A drunk was walking by the hospital when the sheets landed on him. He started yelling, cursing, and swinging his arms wildly, which left the soiled sheets in a tangled pile at his feet.

As the drunk stood there staring down at the sheets, a security guard who had watched the whole incident walked up and asked, "What was that all about?" Still staring down at his feet, the drunk
replied: "I think I just beat the shit out of a ghost" 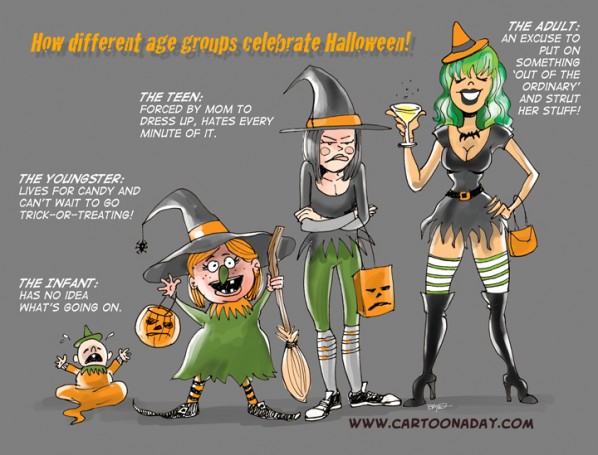 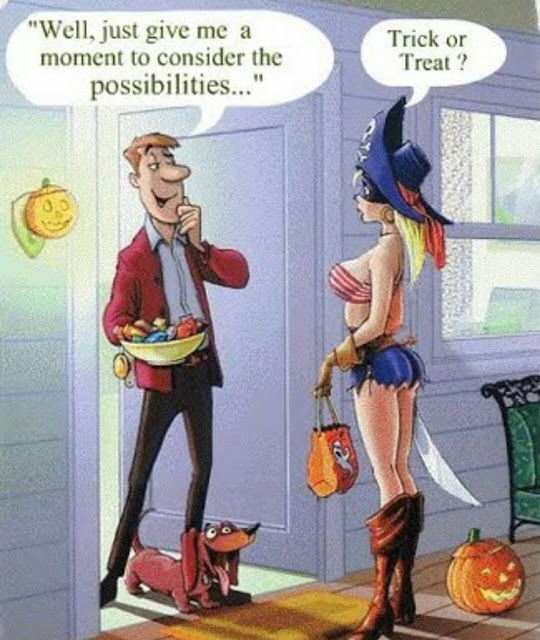 The Wolf Man comes home one day from a long day at the office.
"How was work, dear?" his wife asks.

"Listen! I don't want to talk about work!" he shouts.

"Okay. Would you like to sit down and eat a nice home cooked
meal?" she asks nicely.

"Listen!" he shouts again. "I'm not hungry! I don't wanna
eat! Alright! Is that alright with you? Can I come home
from work and just do my own thing without you forcing food
down my throat? huh?"

At this moment, the wolf man started growling, and throwing
things around the apartment in a mad rage.

Looking out the window, his wife sees a full moon and says to
herself, "Well, I guess it's that time of the month." 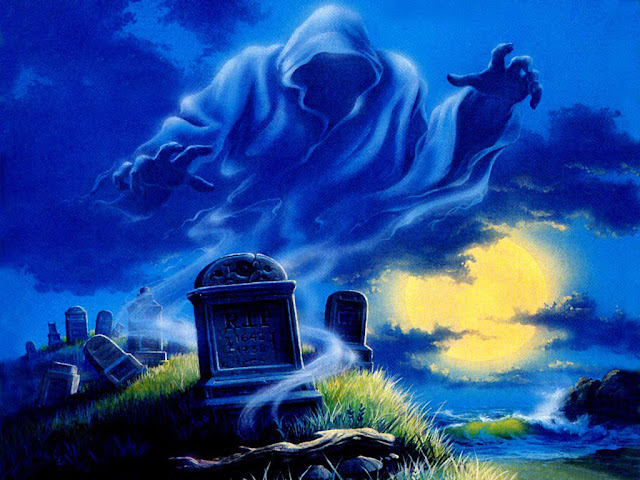 A young couple was invited to a swanky masked Halloween party. The wife came down with a terrible headache and told her husband to go to the party and have a good time. Being the devoted husband he was, protested. But she argued and said she was going to take some aspirin and go to bed. She told him there was no need for him to miss the fun. So he took his costume and away he went. The wife, after sleeping soundly for one hour, awakened without pain, and as it was still early, she decided to go to the party. Because hubby did not know what her costume was, she thought she would have some kicks watching her husband to see how he acted when she was not around.  She joined the party and soon spotted her husband cavorting around on the dance floor. He was dancing with every nice chick he could, and copping a feel here and taking a little kiss there. His wife sidled up to him and being a rather seductive babe herself, he left his partner high and dry and devoted his time to the new "action". She let him go as far as he wished; naturally, since he was her husband. Finally he whispered a little proposition in her ear and she agreed, so off they went to one of the cars and had a little bang. Just before unmasking at midnight, she slipped out, went home and put the costume away and got into bed, wondering what kind of explanation he would have for his notorious behavior. She was sitting up reading when he came in, and she asked him what he had done. He said, "Oh, the same old thing. You know I never have a good time when you're not there." Then she asked, "Did you dance much?" He replied, "I'll tell you, I never even danced one dance. When I got to the party, I met Pete, Bill and some other guys, so we went into the den and played poker all evening. But I'll tell you... the guy that I loaned my costume to sure had one helluva time!" 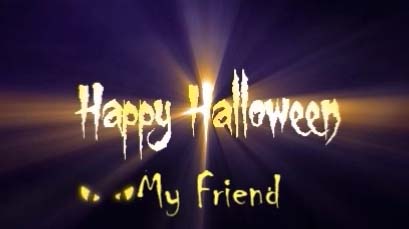 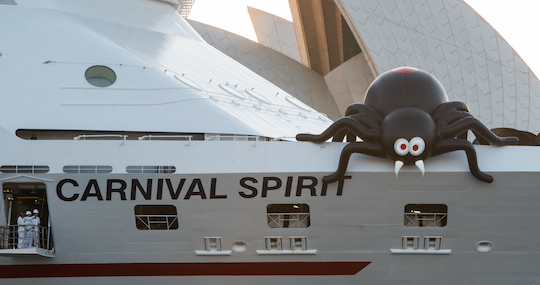