Good morning, oops sorry it's now 12:04. Good afternoon everyone. I was outside early this morning doing some work cleaning things preparing for winter. I wasn't able to do much work though. My side is still painful. I don't know how long this pain will take. My cousin who was a chiropractor before he had to retire, told me that this type of injury could take for a long time. I'm tired of this and will get better soon. 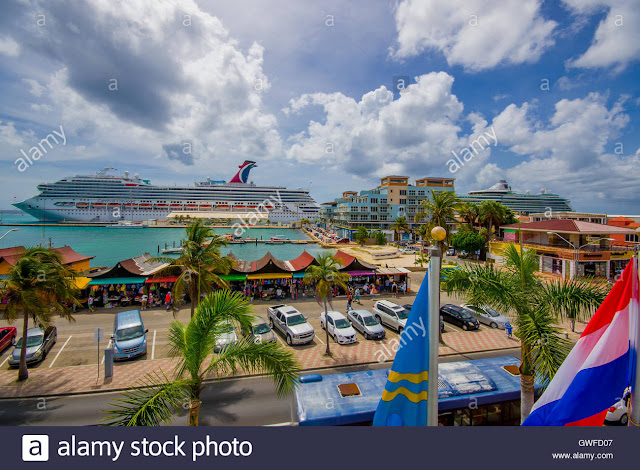 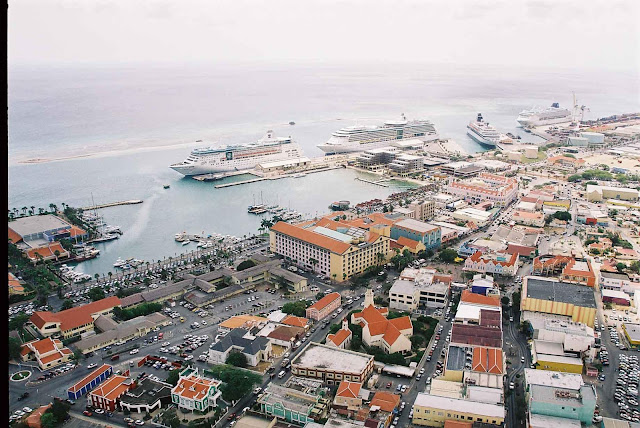 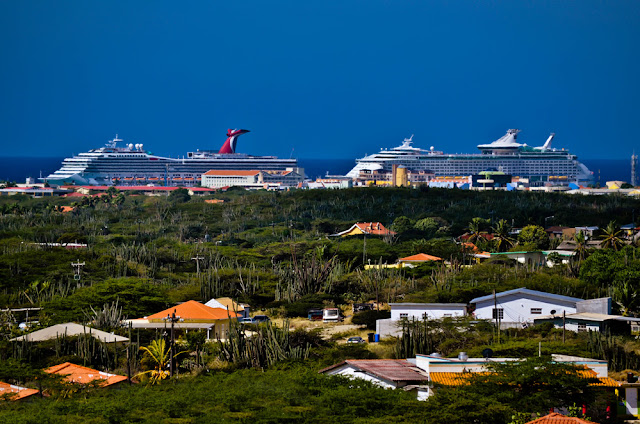 This is the pier for the many cruise ships in Oranjestad, Aruba. This is one of the ABC island. The other two are Bonaire and Curacao. I been to all three. 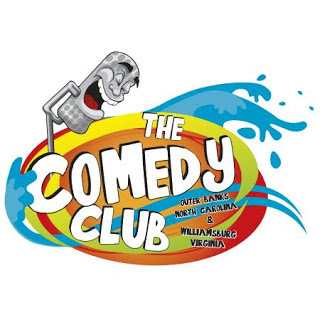 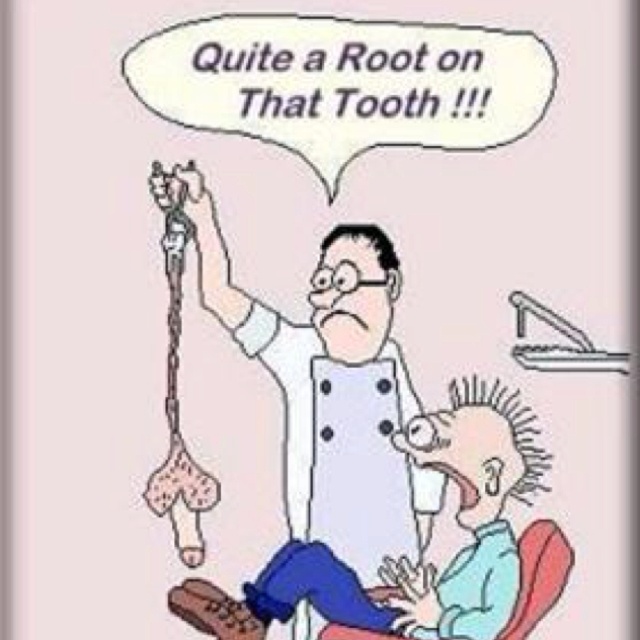 
Looking For A Dentist

A dinner speaker was in such a hurry to get to his engagement that when he arrived and sat down at the head table, he suddenly realized that he had forgotten his false teeth. Turning to the man next to him he said, "I forgot my teeth." The man said, "No problem." With that he reached into his pocket and pulled out a pair of false teeth.  "Try these," he said. The speaker tried them. "Too loose," he said. The man then said, "I have another pair... try these." The speaker tried them and responded, "Too tight."  The man was not taken back at all. He then said, "I have one more pair of false teeth... try them. "The speaker said, "They fit perfectly." With that he ate his meal and gave his address. After the dinner meeting was over, the speaker went over to thank the man who had helped him. "I want to thank you for coming to my aid.  Where is your office?  I've been looking for a good dentist." The man replied, "I'm not a dentist. I'm the local undertaker."

A dentist starts talking to a girl at a bar. They get along so well that they decide to go to the girl's place. A few drinks later, the guy takes off his shirt and then washes his hands. He then takes off his trousers and again washes his hands. The girl has been watching him and says, "You must be a dentist." The guy, surprised, says, "Yes .... How did you figure that out?"
"Easy," she replies. "You keep washing your hands." One thing leads to another and they make love. After it's over the girl says, "You must be a really good dentist." The guy, now with an inflated ego, says, "Sure - I'm a good dentist. How did you figure that out?"
The girl replies...."I didn't feel a thing." 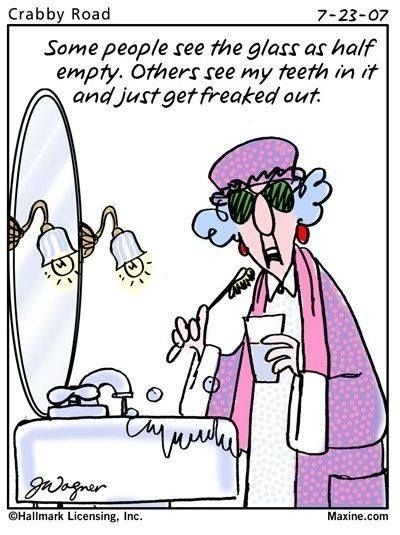 The dentist was called away from the dinner table to take an urgent phone call. It was Mr. Tuckerman, explaining that young Junior had gotten himself into quite a fix. "See, he was kissing his girlfriend, and when my wife and I came back from the movies we found them stuck together." "I'll come right over, Mr. Tuckerman," said the dentist calmly, "and don't worry about a thing. I have to unlock teenagers' braces all the time." Mr. Tuckerman whispered, "Yes, but from an IUD?" 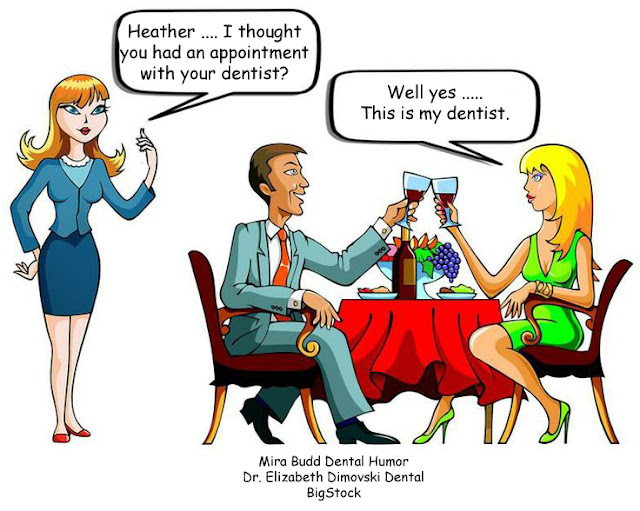 Man and Wife at Dentist

A man and wife entered a dentist's office. The wife said, "I want a tooth pulled. I don't want gas or Novocain because I'm in a terrible hurry. Just pull the tooth as quickly as possible." You're a brave woman said the dentist. Now, show me which tooth it is. The wife turns to her husband and says "Open your mouth and show the dentist which tooth it is, dear."

That's about it for today my friends. 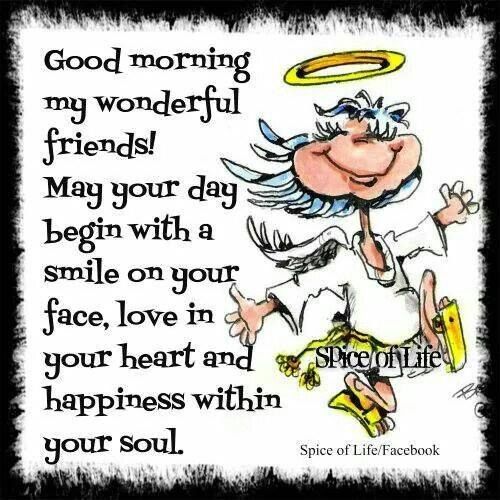 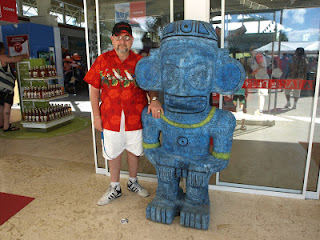 Good late Wednesday morning to you all. I'm still in some pain but hopefully getting better. This day will give us 90's degrees and after the next 7 days will be in the low 50's and at night even in the 30's. Brrrrrrrrrr. 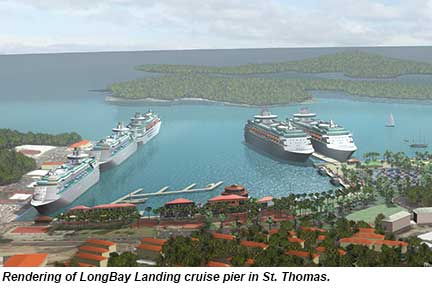 This is one of better places to cruise to. I've been here 3 times. 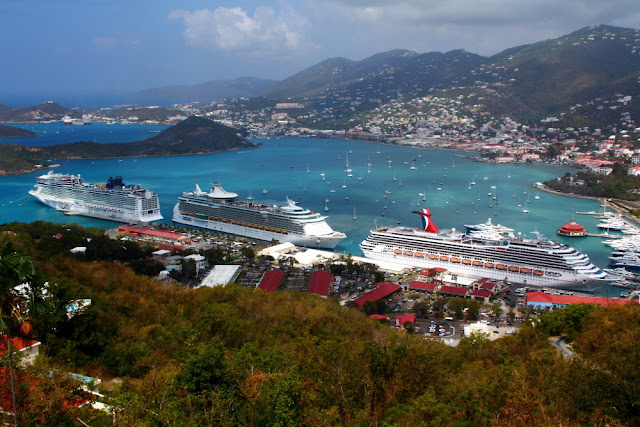 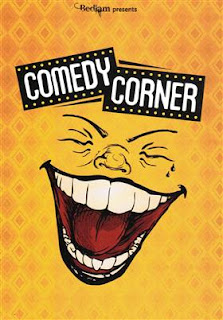 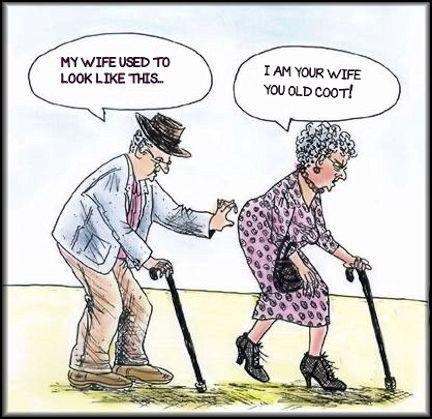 A old woman took a package to the post office to mail and was told it would cost $3.95 for fast delivery or $2.30 for slower service. “There is no hurry,” she told the clerk, “just so the package is delivered in my lifetime.” He glanced at her and said, “That will be $3.95, please.” 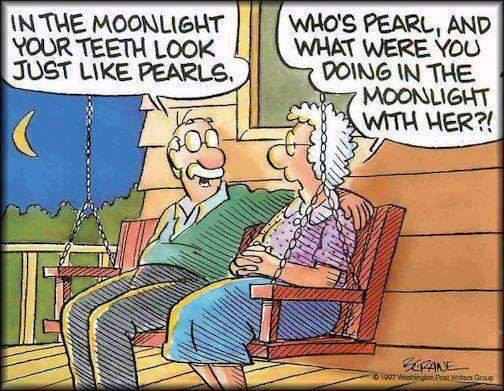 This elderly couple is sitting on a park bench in front of a large pond. On the other side of the pond are vendors sell all types of food stuff. The wife turns to hubby and says, "I could really go for an ice cream cone." Hubby replies, "Well, I'll go get you one." Wife says, "But, you'll forget, you better write it down." Hubby replies, "No I won't; what do you want?" Wife says, "Get me a strawberry cone with chocolate sprinkles." Hubby replies, "Okay, strawberry cone with chocolate sprinkles. See, I'll remember. Several hours pass and, finally, the hubby returns. The wife asks him, "What took you so long, did you get lost?" The hubby replies, "No, and I got what you wanted." The wife opens the bag to discover a cheeseburger and fries! Wife says, "I knew you you should have written the order down." Hubby says, "What do you mean - every thing is there." To which the wife replies, "No, it's not... look, you forgot the pickles!" 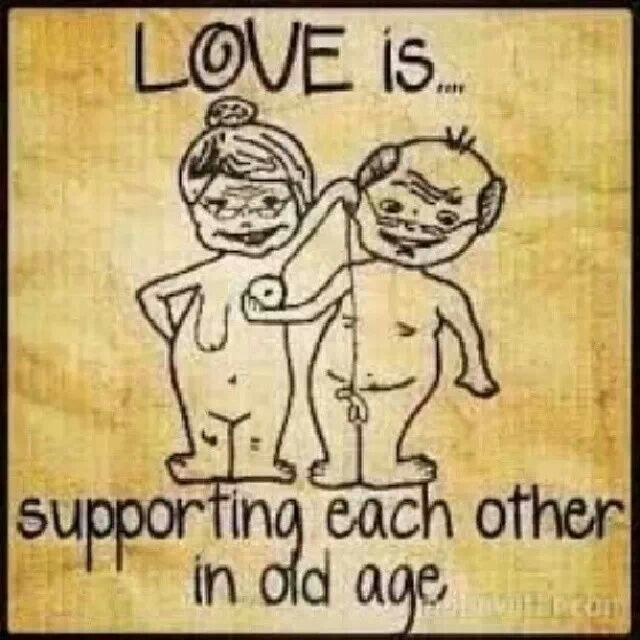 An elderly man and woman lived in the nursing home together. The elderly man liked the elderly woman very much. So one day, he asks if they could sit together outside at the benches. They sat there every day for about 3 weeks.Finally, the elderly man builds up enough nerve to ask the woman if she would hold his penis. "All you have to do is hold it, that's all." he said in his old crackling voice. The woman agrees to it. They sat at the benches every day for about 2 more weeks with her holding his penis every time. Finally, one day the elderly woman walks outside and he's not at the benches. She gets curious and goes to look for him. She finds him at another bench with another woman.She waits until she sees him later and asks him, "What does she have that I don't?" The elderly man smiles and says, "Parkinsons".

That's all for now. 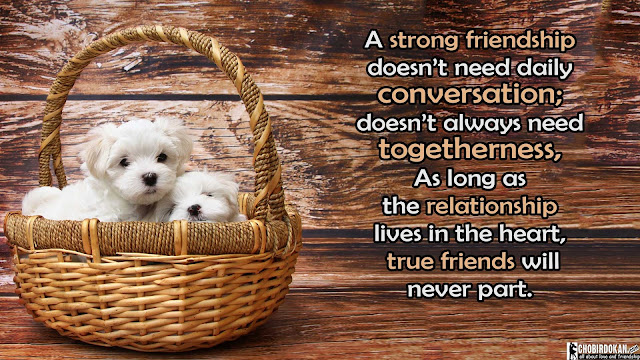 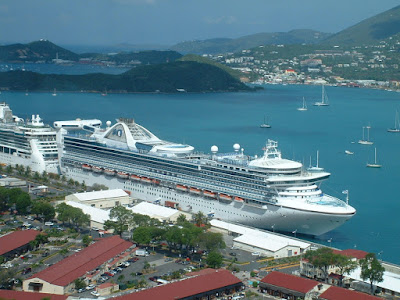 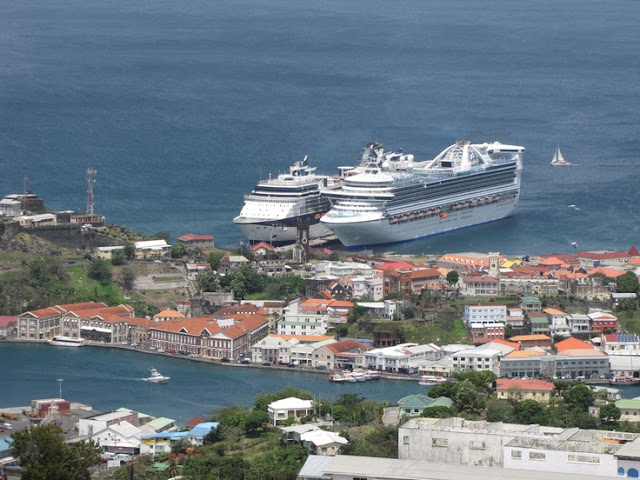 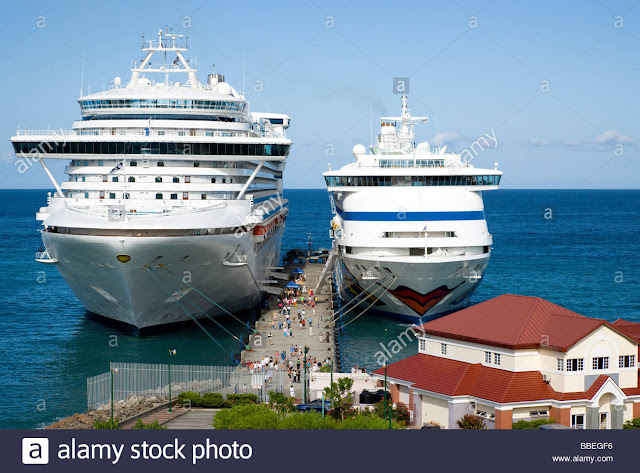 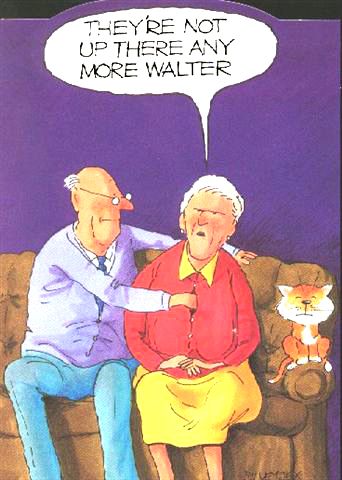 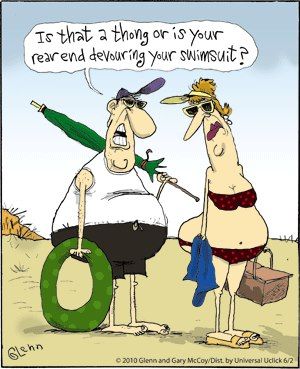 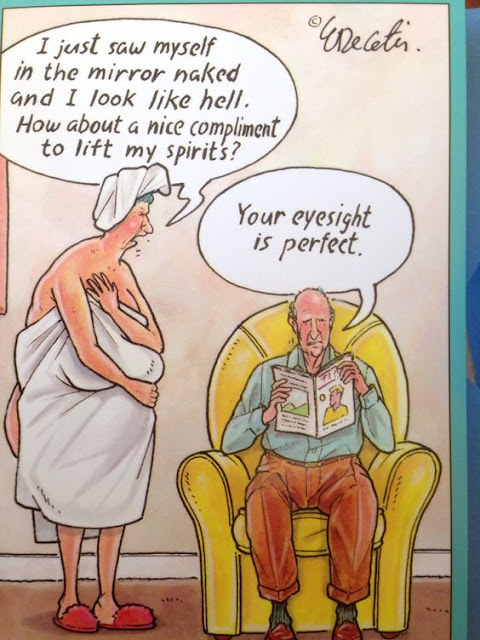 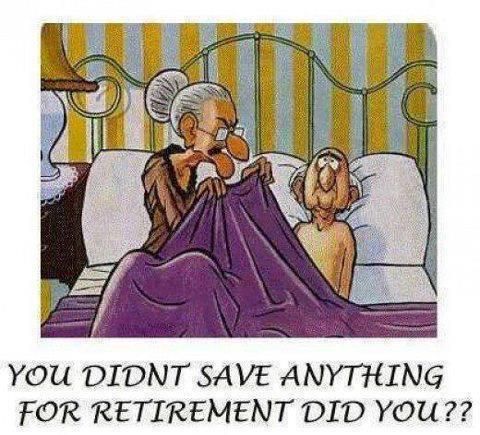 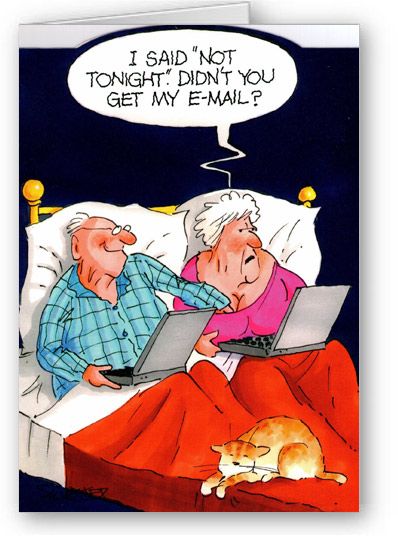 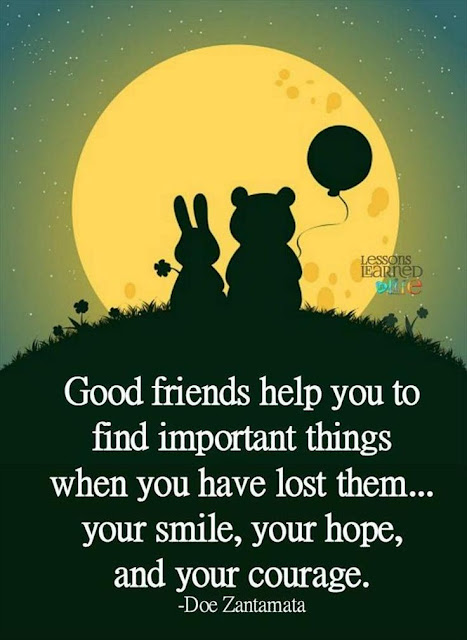 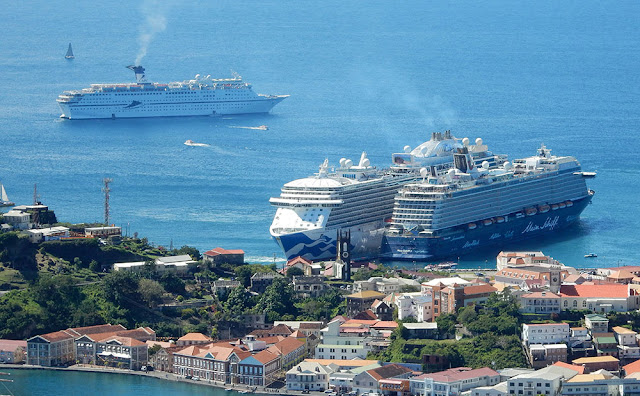