Good evening everyone. I had planned on creating my post this morning but during my writing my daughter informed that I had a massage at 10:00  and it was already 9:30 so I had stop and close my computer. Now I can do the post now.
Yesterday I went to see my doctor and I had to have EKG since I have been having some chest pains. After checking me out he said it was just when I bent down that was causing those pains. He did check a growth on my big toe. He said that usually he would say it would say it was a wort but because it looked different then a wort he wanted me to see a dermatologist. He said it might be a form of cancer, that's why he wnts me to have it checked.
My friend Al has been losing a great deal of weight his wife was telling us. He seems to be sleeping a lot during the day. His Parkinson's is now taking a toll on him.
---------------------------------------- 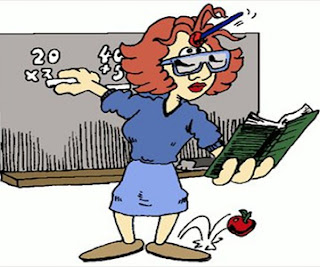 Describing his teacher to his mother, Jimmy called her “mean but fair.”
“Just what do you mean by that?” – his mother asked.
“She is mean to everybody.” – Jimmy replied.

Pupil (on phone): My son has a bad cold and won’t be able to come to school today.
School Secretary: Who is this?
Pupil: This is my father speaking!

Mother: How do you like your new teacher?
Son: I don’t. She told me to sit up the front for the present and then she didn’t give me one! 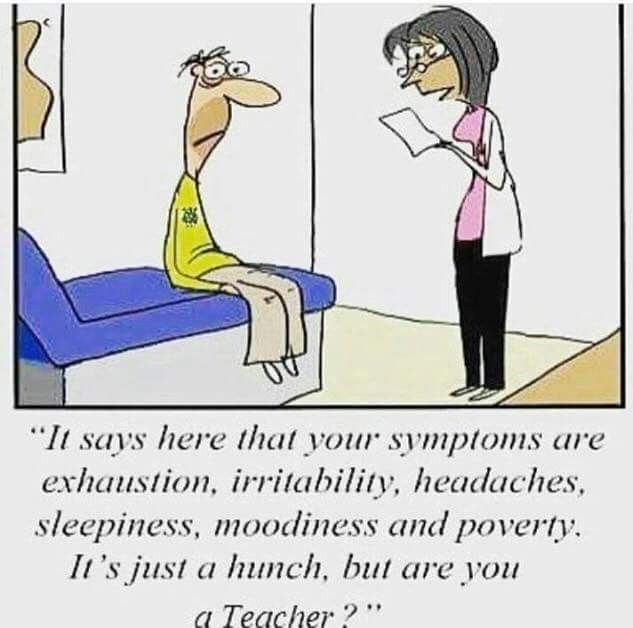 “Johnny, where’s your homework?” Miss Martin said sternly to the little boy while holding out her hand.
“My dog ate it,” was his solemn response.
“Johnny, I’ve been a teacher for eighteen years. Do you really expect me to believe that?”
“It’s true, Miss Martin, I swear it is,” insisted Johnny. “I had to smear it with honey, but I finally got him to eat it.” 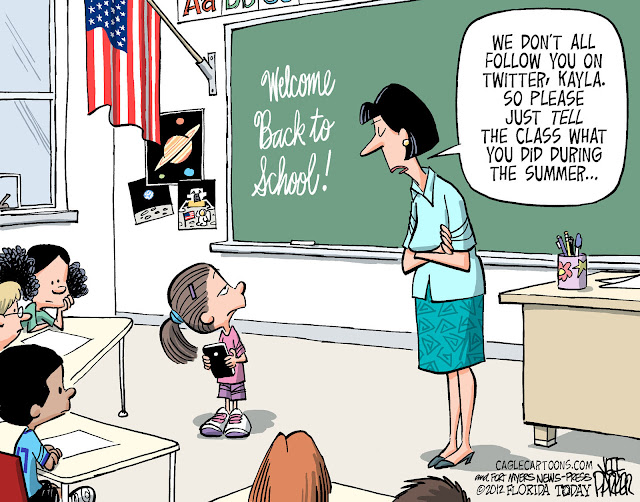 After raising four kids and losing one husband, I decided to return to college and get the degree I had started but never finished. And so, on my first day of college, eager with anticipation, and more than a little nervous, I took a front row seat in my first class in over 40 years ... a literature course.

The professor told us we would be responsible for reading five books over the course of the semester, and that he would provide us with a list of authors from which we could choose.

He ambled over to the lectern, took out a paper, and began: "Baker, Black, Brooks, Carter, Cook..."

I was working feverishly to get down all the names when I felt a tap on my shoulder. The student behind me whispered, "Slow down... he's just taking attendance." 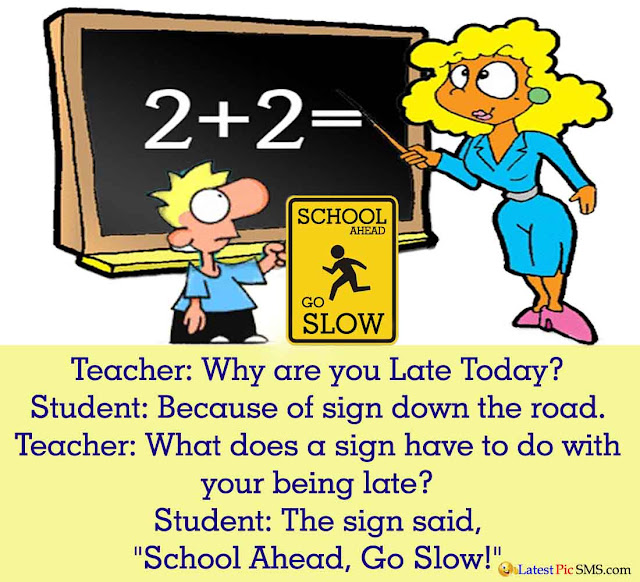 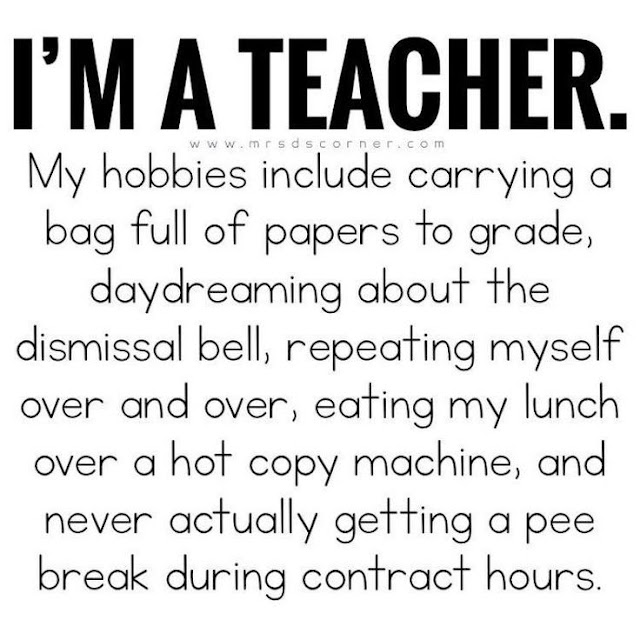 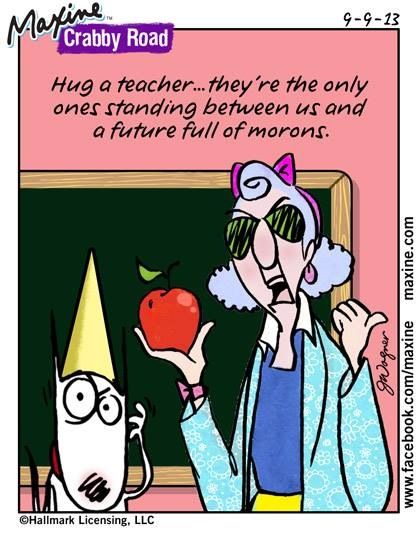 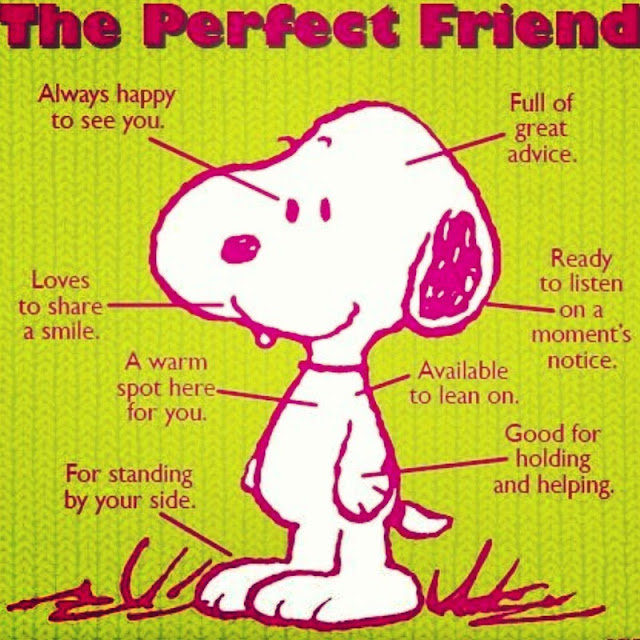 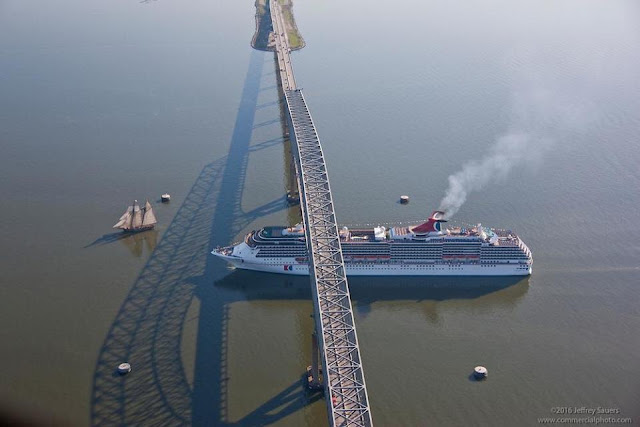