Good morning eveyone. What a beautiful Saturday morning we have here in Amherstburg. It seems that we'll have some rain late on in the day but for now it's wonderful. My friend Gerry is home from his Alaskan cruise but I haven't had a chance to speak to him about it. Tonight Al & Meilin are coming over and as usual, Al and I will be playing pool. We haven't played pool because my wife painted the walls. WOW! What a job she did with it. I just love it. I must say that I hate painting and she loves it but I did help the little things. 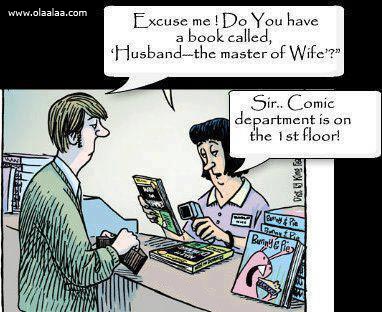 A man comes home to find his wife of 10 years packing her bags. "Where are you going?" demands the surprised husband. "To Las Vegas! I found out that there are men that will pay me $500 cash to do what I do for you for free!" The man pondered that thought for a moment, and then began packing his bags. "What do you think you are doing?" she screamed. "I'm going to Las Vegas with you... I want to see how you're going to live on $1,000 a year!"

A guy stands over his tee shot for what seems an eternity: looking up, looking down, measuring the distance, figuring the wind direction and speed. Finally his exasperated partner says, "What's taking so long? Hit the damn ball!" The guy answers, "My wife is up there watching me from the clubhouse. I want to make this a perfect shot." "Forget it, man," says his partner. "You'll never hit her from here." 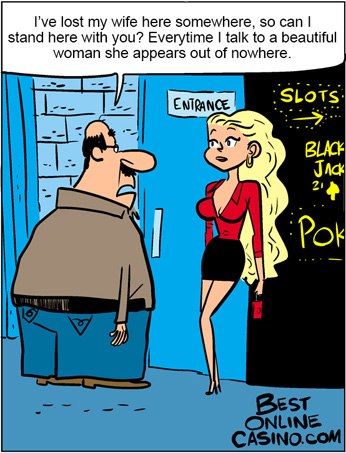 There was a man who had three girlfriends, but he did not know which one to marry. So he decided to give each one $5000 and see how each of them spent it. The first one went out and got a total makeover with the money. She got new clothes, a new hairdo, manicure, pedicure, the works, and tells the man, "I spent the money so I could look pretty for you because I love you so much." The second one went out and bought new golf clubs, a CD player, a television, and a stereo and gave them to the man. She said, "I bought these gifts for you with the money because I love you so much." The third one takes the $5000 and invests it in the stock market, doubles her investment, returns the $5000 to the man and reinvests the rest. She says, "I am investing the rest of the money for our future because I love you so much." The man thought long and hard about how each of the women spent the money. Finally, being the mere man he was, he decided to marry the one with the biggest breasts. 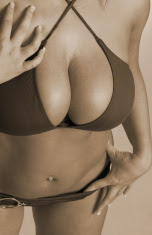 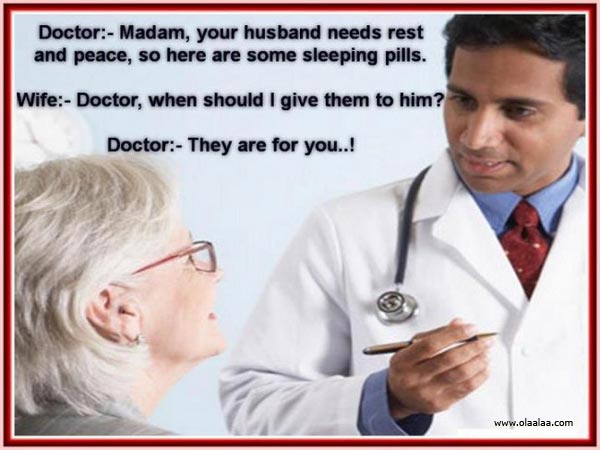 Getting married is very much like going to a restaurant with friends. You order what you want, then when you see what the other person has, you wish you had ordered that.
At the cocktail party, one woman said to another, "Aren't you wearing your wedding ring on the wrong finger?" The other replied, "Yes, I am, I married the wrong man."

After a quarrel, a husband said to his wife, "You know, I was a fool when I married you." She replied, "Yes, dear, but I was in love and didn't notice."

A lady inserted an 'ad' in the classifieds: "Husband wanted". Next day she received a hundred letters. They all said the same thing: "You can have mine."

The bride, upon her engagement, went to her mother and said, "I've found a man just like father!" Her mother replied, "So what do you want from me, sympathy?"

When a woman steals your husband, there is no better revenge than to let her keep him.

Eighty percent of married men cheat in America. The rest cheat in Europe.

Man is incomplete until he is married. Then he is finished.

A little boy asked his father, "Daddy, how much does it cost to get married?" And the father replied, "I don't know son, I'm still paying." 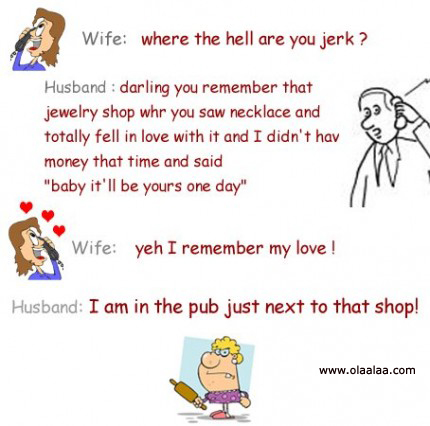 Even though these jokes are funny, I have to say that God gave me such a wonderful woman as my wife. I've said it before and I'll say it again, without Mary Lou I don't know what I'd do. I have a very special woman in my life. On July 13th it will be 42 years with this thoughtful loving and caring woman, my wife.
Now how's that? 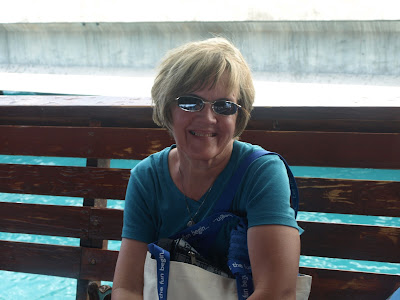