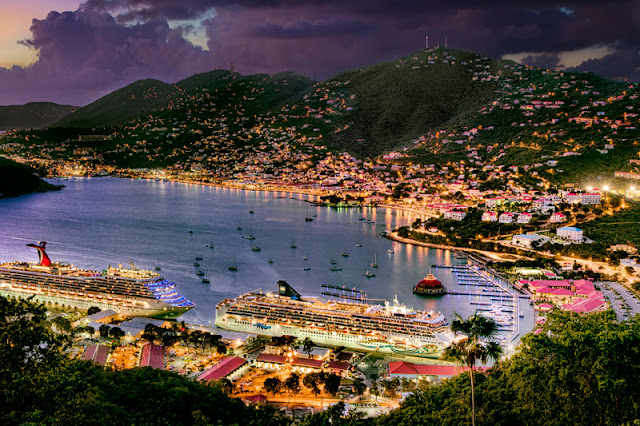 I've had a very busy morning. I was waiting for a man from Bell Telephone company to fix my phones. Early Monday morning we noticed that that the phone wasn't working so we called for assistance. We were told to check our phones is some were out. They then informed us that a man would come between 12:00 pm and 6:00pm. He comes at 6:15 and did some fiddlying around and said it now works and left. Half hour later it broke down and my wife called again and the people said the same words and that a worker would be around 5:oo and 9:00pm. Guess what? No one came. I then called Bell again and informed them in my words of love over the phone, You better get someone with knowledge to help or I will cancel my phone with Bell. Thye next morning a young guy came in, checked everyone of my phone jacks and he found the problem, checked everything and left. Thank God it now works or I might just blow my top.
------------------------------------------- 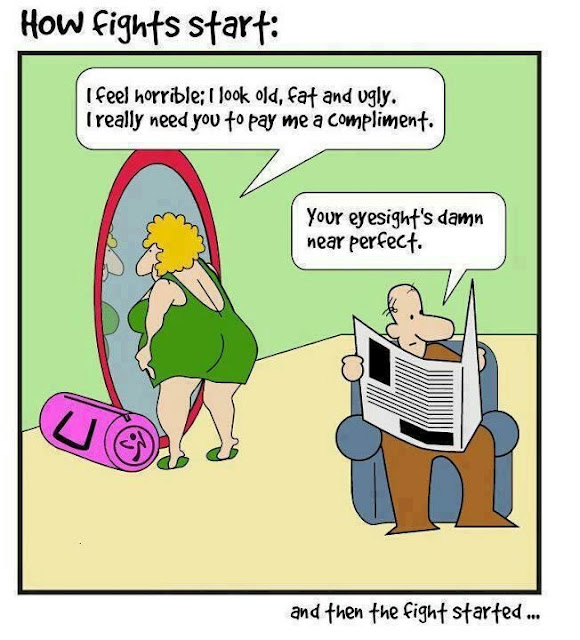 A woman is at home when she hears someone knocking at her door. She goes to the door opens it and sees a man standing there. He asks the lady, "Do you have a Vagina?" She slams the door in disgust. The next morning she hears a knock at the door, its the same man and he asks the same question to the woman, "Do you have a Vagina?" She slams the door again. Later that night when her husband gets home she tell him what has happened for the last two days. The husband tells his wife in a loving and concerned voice, "Honey, I am taking an off tomorrow so as to be home, just incase this guy shows up again." The next morning they hear a knock at the door and both ran for the door. The husband whisperes to the wife, "Honey, im going to hide behind the door and listen and if it is the same guy I want you to answer yes to the question because I want to a see where he's going with this." She nods yes to her husband and opens the door. Sure enough the same fellow is standing there, he asks, "Do you have a Vagina?" "Yes I do." says the lady. The man replies, "Good, would you mind telling your husband to leave my wife's alone and start using yours!" 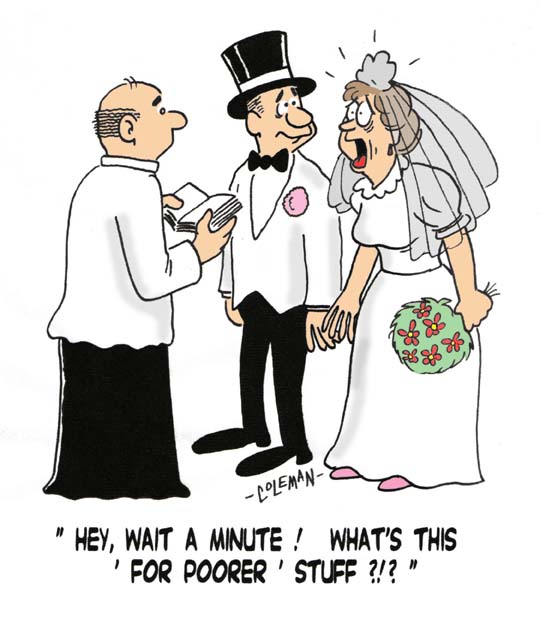 Little Mary is at her first wedding. When it’s over, she asks her mother, ‘Why did the lady change her mind?’ ‘What do you mean?’ asks mother. ‘Well,’ replies Mary. ‘She went down the aisle with one man and came back with another.’ 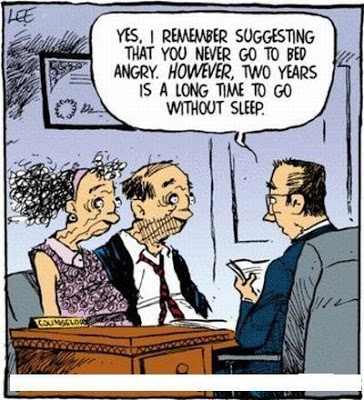 A husband and wife were golfing when suddenly the wife asked, "Honey, if I died would you get married again?" The husband said, "No sweetie." The woman said, "I'm sure you would." So the man said, "Okay, I would" Then the woman asked, "Would you let her sleep in our bed?" And the man replied, "Ya, I guess so." Then the wife asked, "Would you let her use my golf clubs?" And the husband replied, "No, she's left handed." 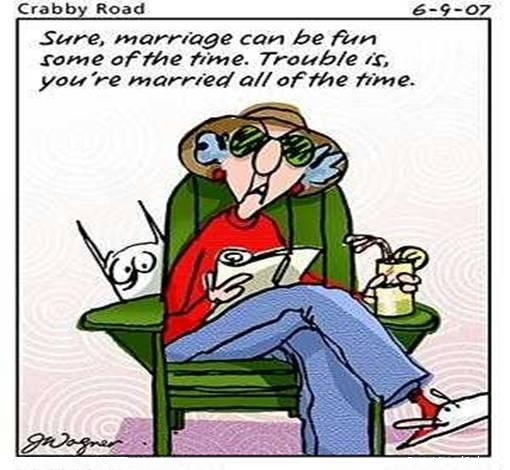 That's it for now my friends. I hope that have a great day. 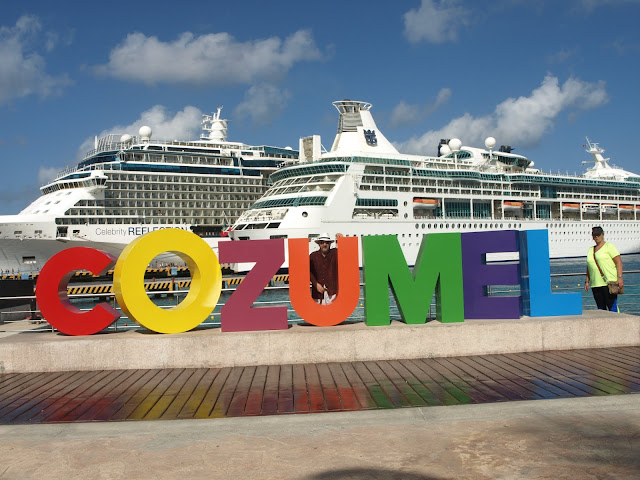