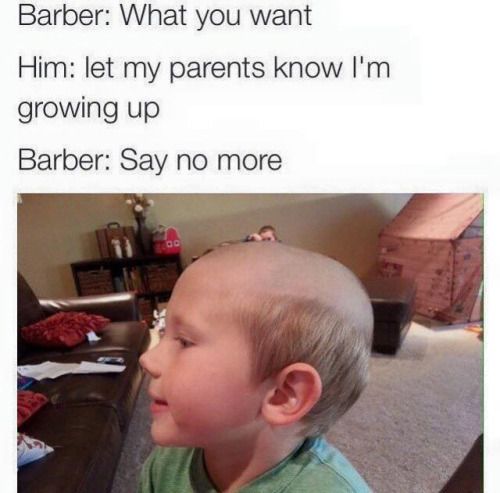 The barber tells him, "We're backed up. It's going to be about three hours."

The man says, "All right, I'll come back later then," but he doesn't show up until days later, when he pokes his head in and asks again how long the wait is for a haircut.

The barber says it going to be around an hour, to which the man replies, "Okay, I just got to go take care of something." But he doesn't return that day either.

When the man showed up again, the barber was certain the man would stick around, since the shop was empty. "There's one person a head of you. We should be able to get you done in less than twenty minutes." The man says that sounds good and he'll be back then.

The barber in disbelief tells one of his patrons, "I'll give you you're next two cuts free if you find out where that fella is going. He keeps showing up and asking how long to get a haircut, then leaving without ever showing back up to get it."

The patron takes him up on his offer.

The barber eagerly asks, "So where's he going?"

The man tells him, "He's going to your house to see your wife." 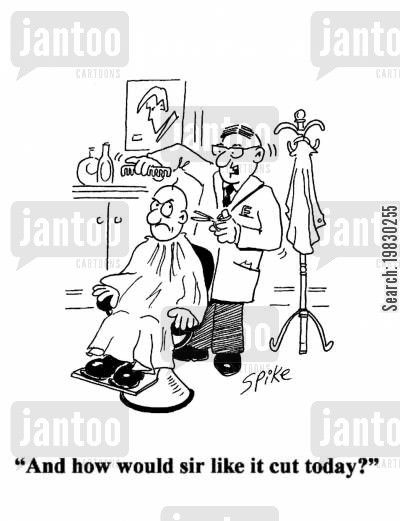 A man enters a barbershop for a shave. While the barber is foaming him up, he mentions the problems he has getting a close shave around the cheeks.

“I have just the thing," says the barber taking a small wooden ball from a nearby drawer. "Just place this between your cheek and gum."

The client places the ball in his mouth and the barber proceeds with the closest shave the man has ever experienced. After a few strokes, the client asks in garbled speech, "And what if I swallow it?"

"No problem," says the barber. "Just bring it back tomorrow like everyone else does." 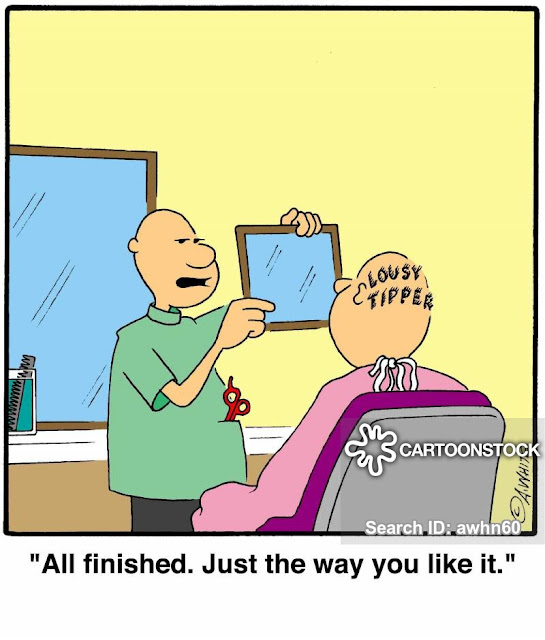 A little girl is getting a haircut in a barbershop.

About halfway through, she pulls a Hostess pastry out of her pocket, unwraps it, and begins eating.
The barber warns her, "Honey, you're gonna get hair on your Twinkie..."
She beams up at him and says, "I know! I'm gonna get tits, too!" 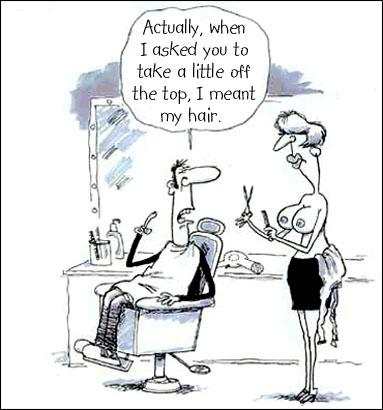 After his honeymoon in Florida with his new bride, Virginia, Luigi stopped by his old barbershop in Jersey to say hello to his friends.

“Ciao, Luigi. How wassa the trip?” His friend said.

“Everything was perfecto, except for the train down.” Luigi said

“Virginia and I boarda da train at Grand Central Station. Virginia packa a huge picnic basket. But the conductore came, waga his finger and said: ‘no eat in disa car. Musta eat in da dining car.’

So, mea and my bella wife Virginia go to da dining car. We mangia and open a bottle of a nice wine. Conductor walka by again. He tell me ‘no drinka in dis car! Must use a club car!’

So, we go to da club car. Then, my bella Virginia and I go to da sleeper car anda go to bed. We just about to hava some fun when the conductore walka through the hallway shouting ata da top of his lungs: ‘Nofolka, Virginia! Nofolka Virginia!’ (Norfolk, Virginia) 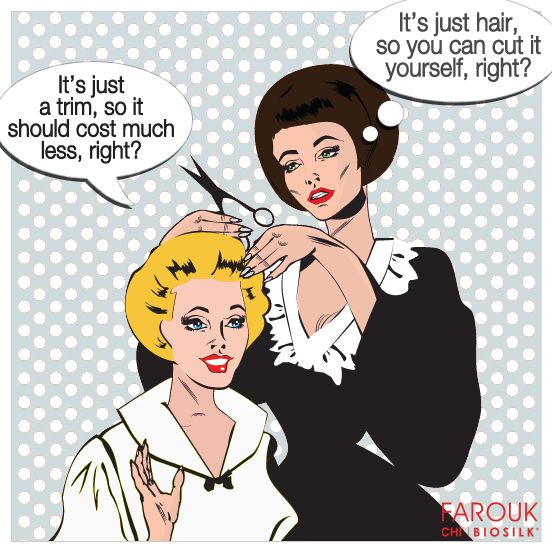 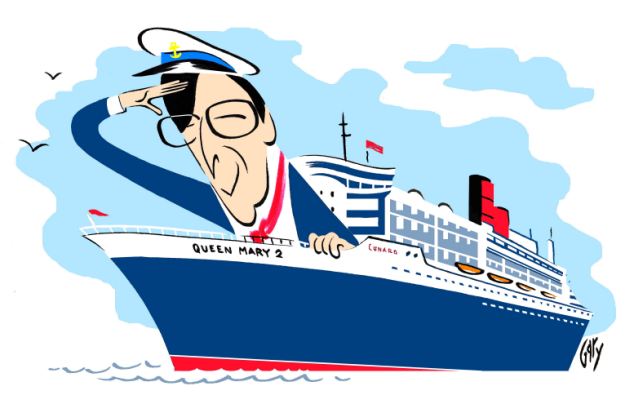