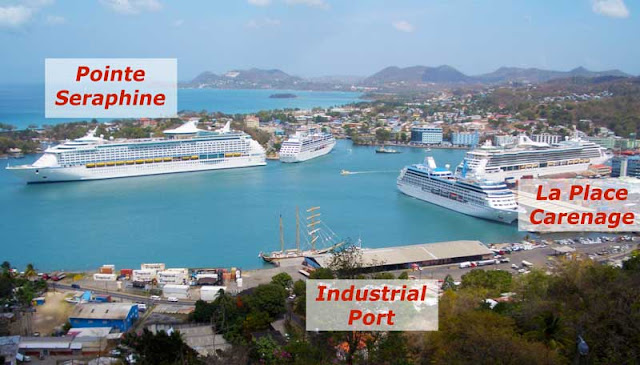 These are the three piers that cruise ships land. My first cruise the Carnival Legend landed on the Industrial Port but this time the Celebrity Reflection landed on Pointe Seraphine.

Mary Lou was leaving the ship with two friends from our group. They were going to on a another boat to see some whales, and other animals in the water and other things. Her friends were Bonnie 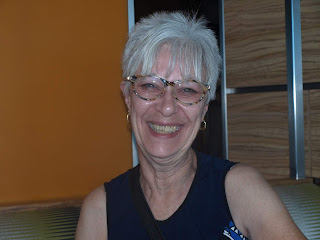 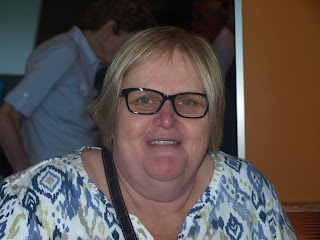 After they arrived back on the ship they informed me about a funny thing that occurred on the boat. 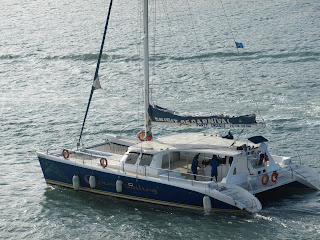 The boat was really rocking and one moment Phylis fell over on to Mary Lou. These three just couldn't stop laughing about it.
While they were having there fun I took some photos. I didn't go off the ship. Here's the photos. 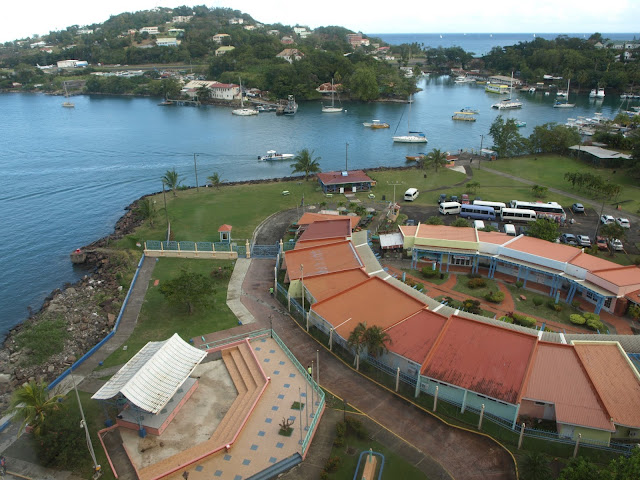 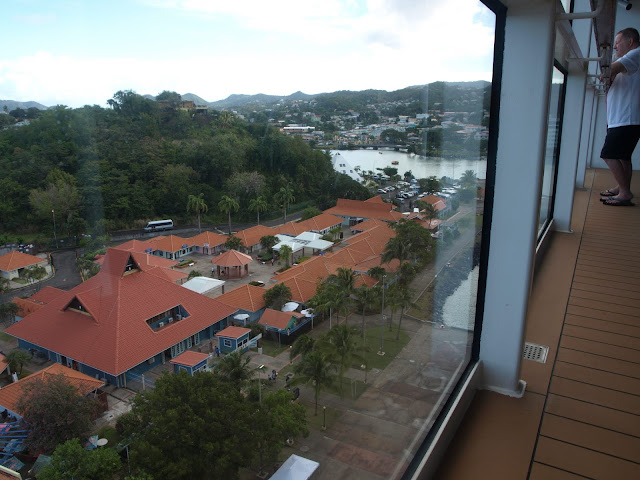 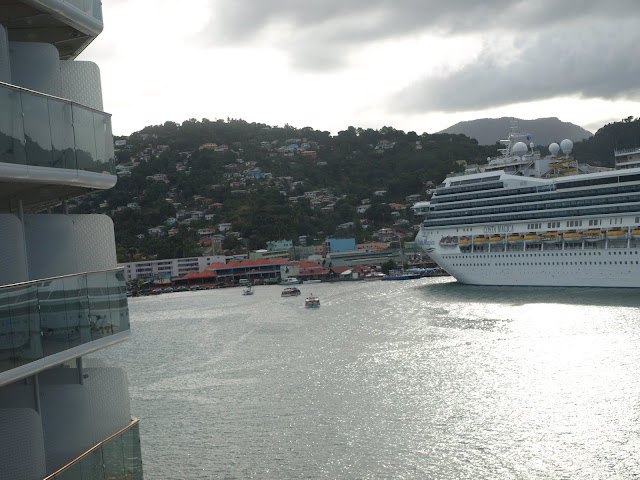 The Costa Magica was on the Industrial port opposite us. 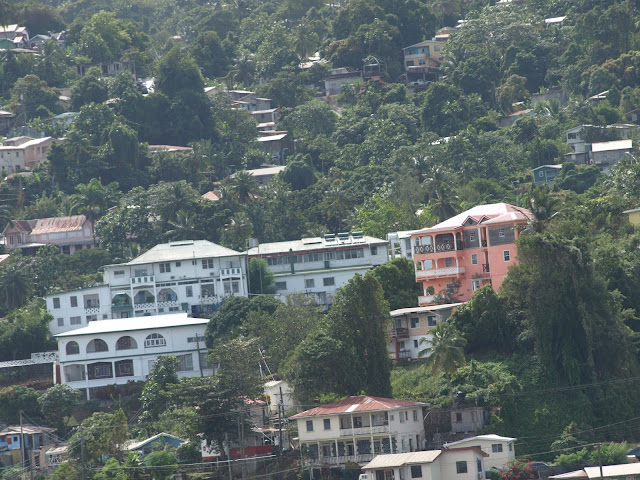 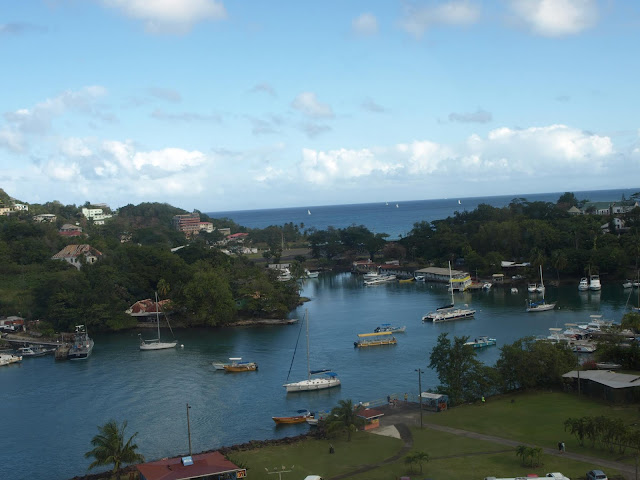 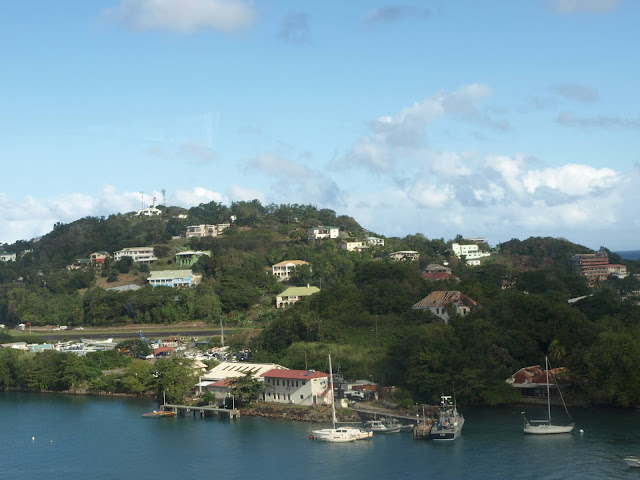 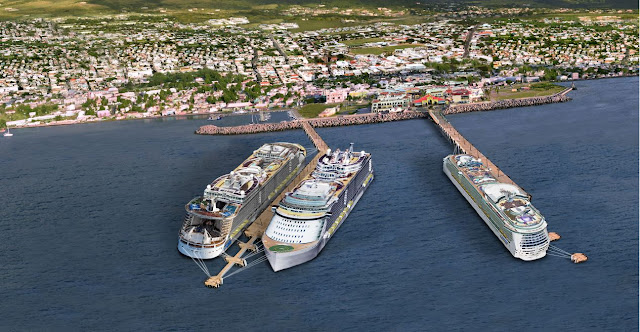 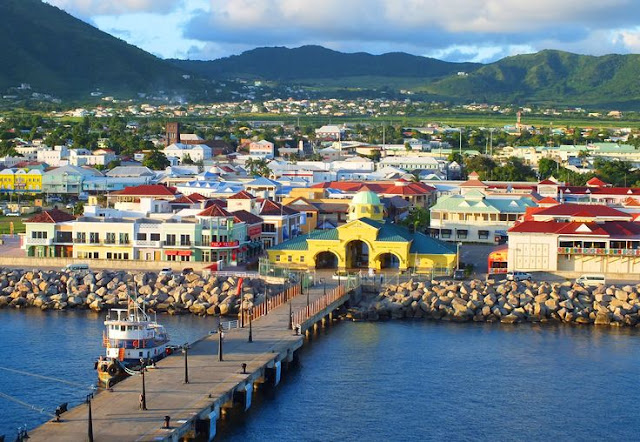 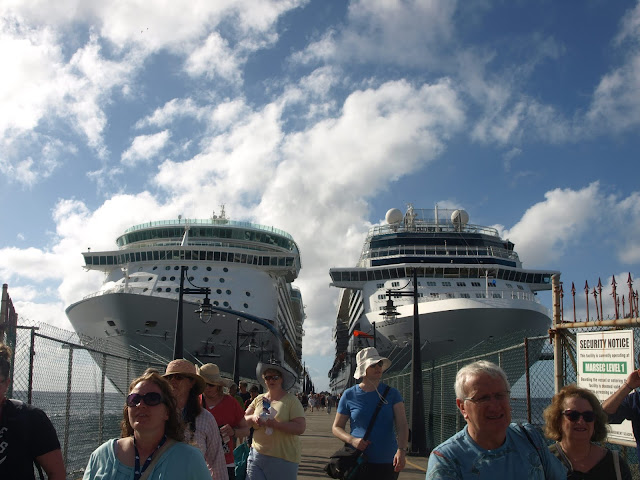 Our ship was on the left. people are now debarking off the ships.They are entering St. Kitt. 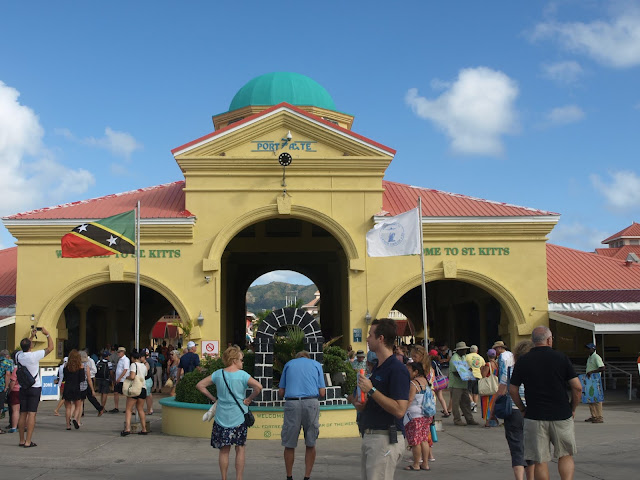 We had some time before our excursion so I took a  photo. 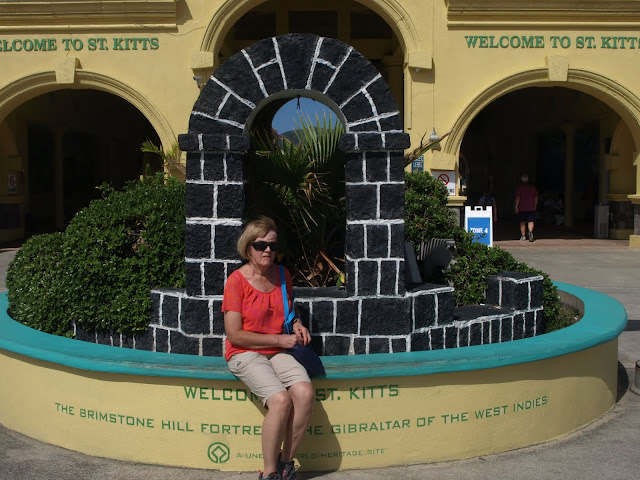 We were then put on to small buses to go to the train station. 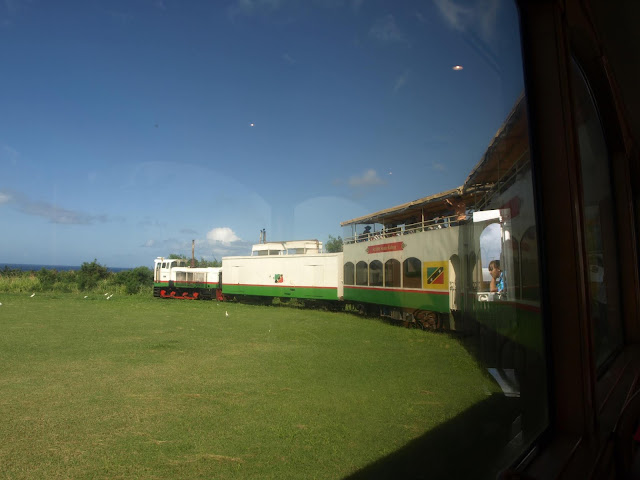 It wasn't much of a station. It was out in the field but here is the St. Kitt's Scenic Railway. 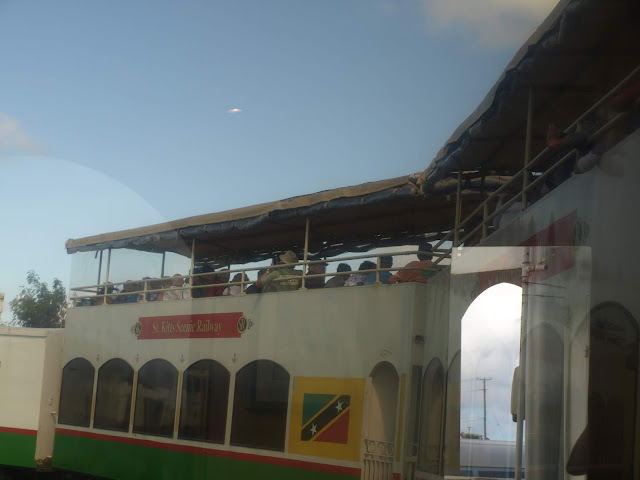 Most of the people decided to go up top but we went inside. 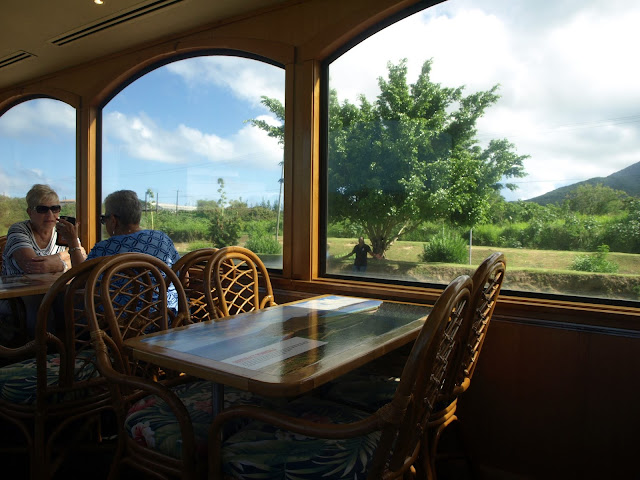 They gave us treats while on the train and had singers going to each car. 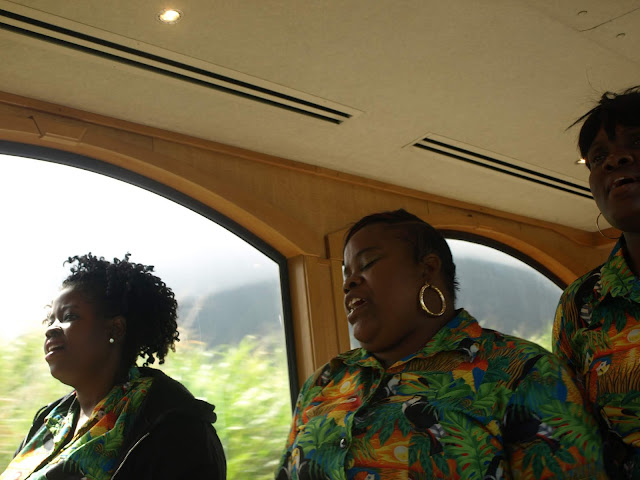 We went around the island. You saw some poor homes and good homes 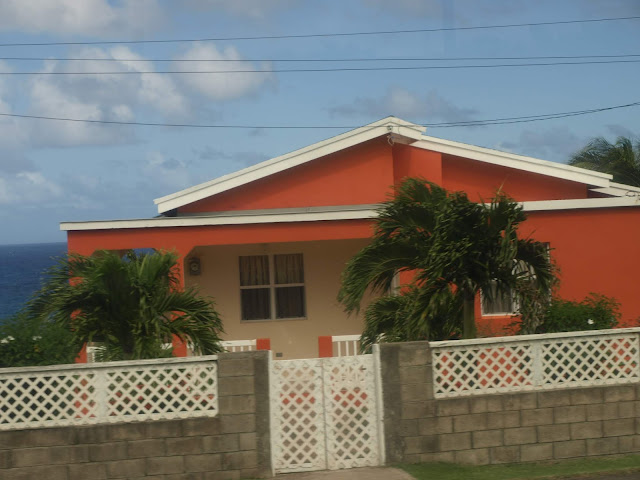 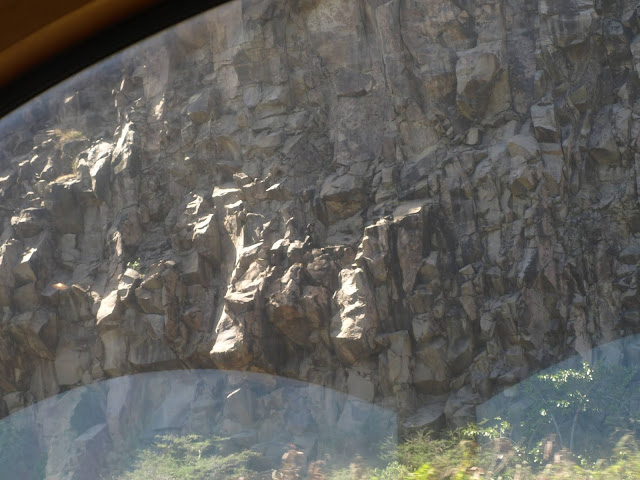 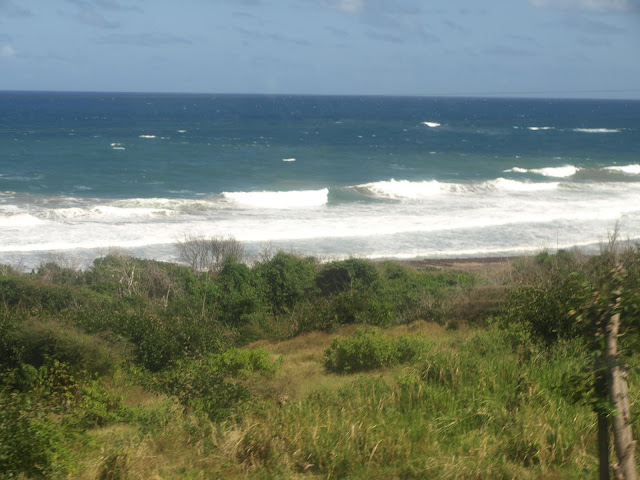 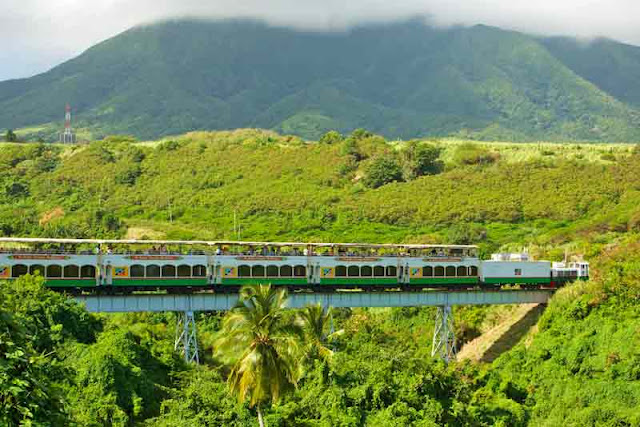 We were near the ocean again meaning that we were near our ship.
After this educational excursion, We had only one more island and then back towards Fort Lauderdale.
Tomorrow, St. Maarten, the island that was destroyed my Hurricane Maria. We were suppose to have an excursion but later we told that that excursion would no longer be available do to the hurricane. See you later. 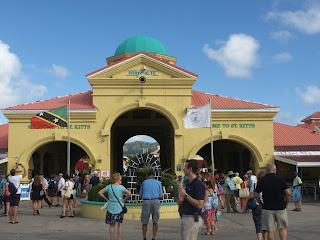