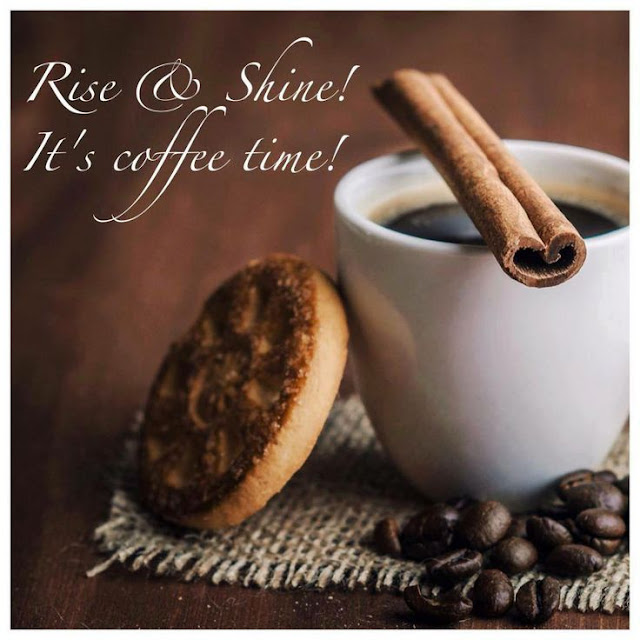 It's amazing that we had very little snow this Winter but now that that Spring has sprung we're snow and very cold temperatures. It's just ridiculous. You know the crazy thing about it, the grass is growing wild but we can't even go out to cut it yet. You know, it looks so nice because it's dark green. 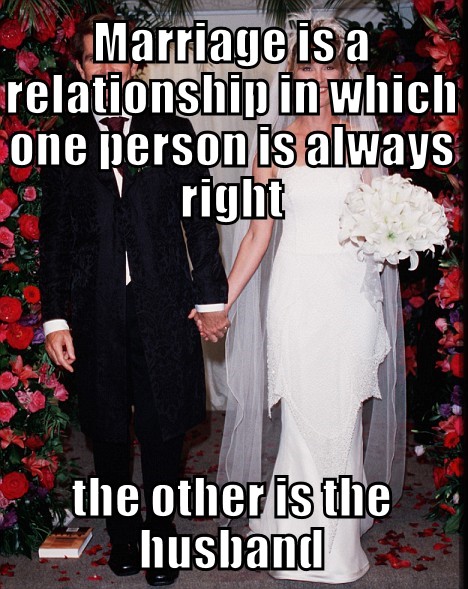 A jealous husband hired a private detective to check on the movements of his wife. The husband wanted more than a written report; he wanted video of his wife's activities.

A week later, the detective returned with a video. They sat down together to watch it. Although the quality was less than professional, the man saw his wife meeting another man! He saw the two of them laughing in the park. He saw them enjoying themselves at an outdoor cafe. He saw them dancing in a dimly lit nightclub. He saw the man and his wife participate in a dozen activities with utter glee.

"I just can't believe this," the distraught husband said.

The detective said, "What's not to believe? It's right up there on the screen!"

The husband replied, "I can't believe that my wife could be so much fun!" 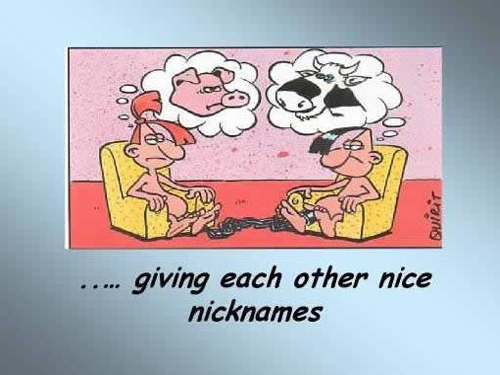 Morty was in his usual place in the morning sitting at the table, reading the paper after breakfast. He came across an article about a beautiful actress that was about to marry a football player who was known primarily for his lack of IQ and common knowledge.

He turned to his wife with a look of question on his face. "I'll never understand why the biggest jerks get the most attractive wives."

His wife replies, "Why thank you, dear!" 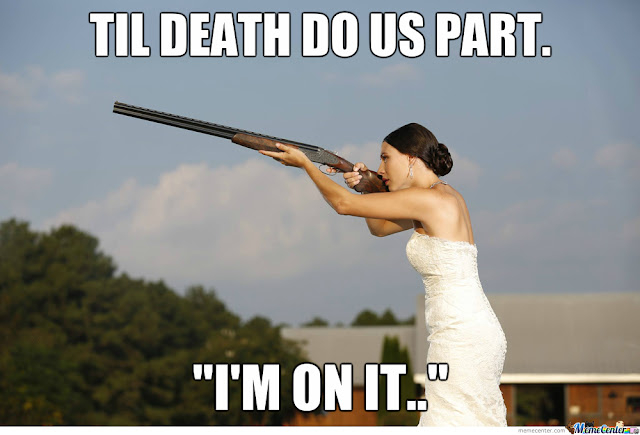 An old man and woman were married for years even though they hated each other. When they had a confrontation, screams and yelling could be heard deep into the night. A constant statement was heard by the neighbors who feared the man the most: "When I die, I will dig my way up out of the grave to come back and haunt you for the rest of your life!"

They believed he practiced black magic and was responsible for missing cats and dogs. There were also strange sounds at all hours. The man was feared and enjoyed the respect it garnished.

One day, he died abruptly under strange circumstances, and the funeral had a closed casket. After the burial, his wife went straight to the local bar and began to party as if there was no tomorrow.

The gaiety of her actions were becoming extreme while her neighbors approached in a group to ask these questions: "Are you not afraid? Concerned? Worried? This man practiced black magic and stated that when he died, he would dig his way up out of the grave to come back and haunt you for the rest of your life?"

The wife put down her drink and said, "Let the old guy dig. I had him buried upside down." 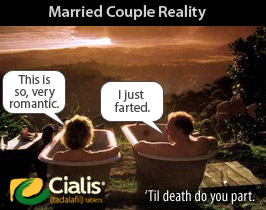 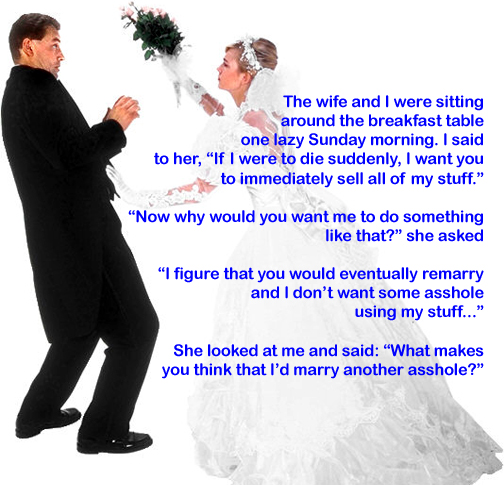 I hope that you'll all have a wonderful, warm ( not me ) and keep your cup full of coffee Tuesday. 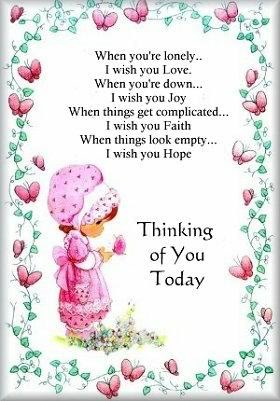