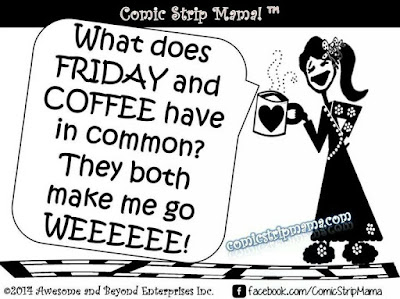 Good Friday morning friends. The weather has been so wonderful It went from cold to hot in a quick time. My daughter is now saying, dad, I hate the heat. I couldn't stop laughing because before the heat came she was saying, I hate the cold. Oh what the heck. I have to go to see my doctor Monday because of the pain on my right side and my back. Remember I mentioned that I had fallen. I just what to check on it.

How can you ever be late for anything in London? They have  a huge clock right in the middle  of the town.

We use a really strong sunblock when we go to the beach with the kids. It’s SPF 80: You squeeze the tube, and a sweater comes out.


Delta Airlines is infusing its cabins with a lavender-and-chamomile scent called Calm. The Week asked its readers to come up with a better name to match “the ambience of the packed economy cabin.” 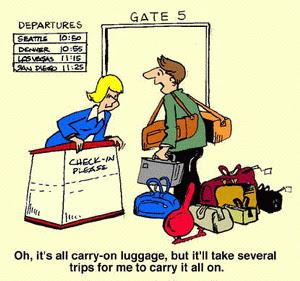 The first time my mother flew, she was a nervous wreck. During takeoff, the roar from the engines proved  reassuring—it meant they were working, she reasoned. But when the plane leveled off, so did the engines. Grabbing the armrests, she asked aloud, “Did we stop?”

The flight attendant on our trip was handing out plastic pilot wings to some kids. As I stepped  forward, she jokingly offered me one, but I passed. Pointing to the Airborne wings on my Army uniform, I  explained, “The last time someone  gave me wings, I had to jump  out of the airplane.”

A man vacations on a tropical  island, and the first thing he hears  is drums. He goes to the beach  and hears the drums; he eats lunch, he hears the drums; he tries to sleep, he can’t—drums. Finally he storms over to the manager. “I’ve had it! Can’t you stop those drums?” he begs.
“No!” says the manager. “It’s very bad if the drums stop.”
“Why?”
“When the drums stop, the bass solo begins.” 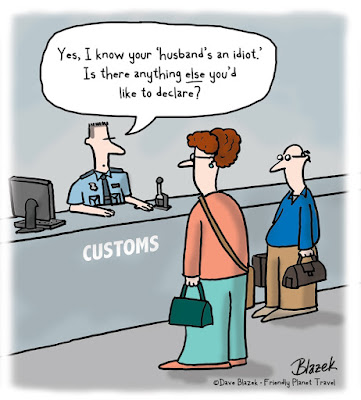 On vacation in Hawaii, my step- mom, Sandy, called a café to make reservations for 7 p.m. Checking her book, the cheery young hostess said, "I’m sorry, all we have is 6:45. Would you like that?"
"That’s fine," Sandy said.
"Okay," the woman confirmed. Then she added, "Just be advised you may have to wait 15 minutes for your table." 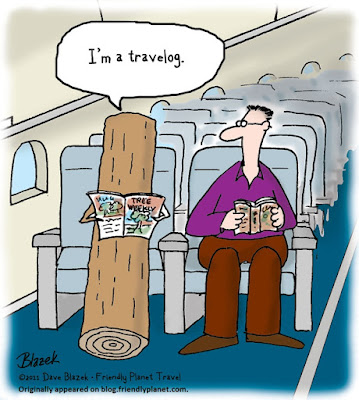 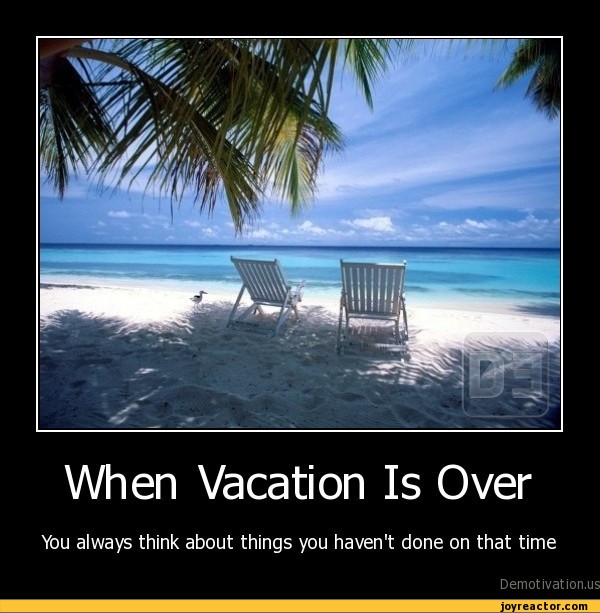 
That's it for now. Hope to see you later everyone and have a great weekend.