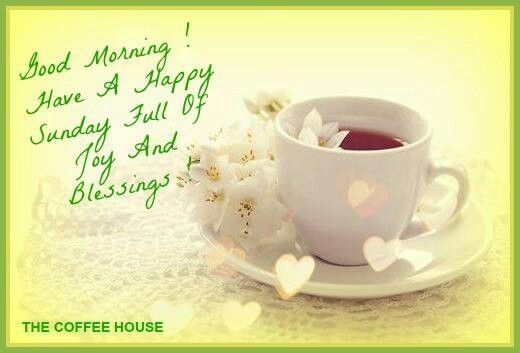 Hi everyone. It has been very hot for many days in the high 90's. On Friday I went golfing and it was in the 90's. Was so bad that I wasn't able to play the 18th hole. I was bushed. I had drank 3 full containers of water and I still was feeling bad. Oh well, I enjoy golf but the next time it's in 90's, I'm staying home.
I've been having a serious problem on my phone since Tuesday with Bell. I've had days with no dial tone, times when I could call out but for 6 days no one has been able to call my home. I've been dealing with people from Bell, they've sent men to check and they always say it has been fixed but I'm still having difficult problems. They are sending another tech over tomorrow to try to fix it again. They have told me that they having difficulties in the area and it's got nothing to co with my line but I still having problems. I'm getting stressed out at this time. It seems that these people are jerks. They all say they are going to help me, but guess what, nothing works. Oh well, my wife says relax, not's your problem, it's theirs. HUH! 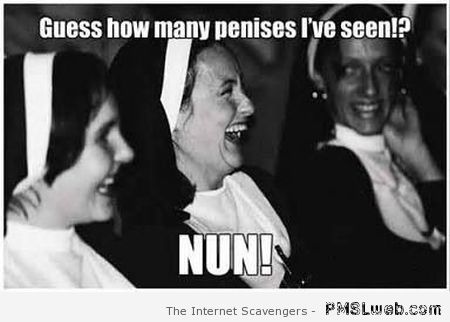 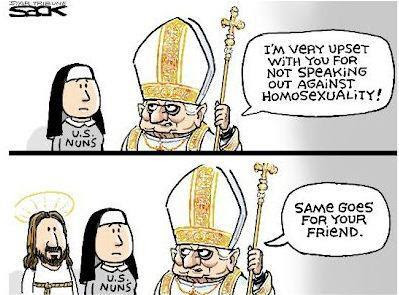 Wild Nuns
A cop pulls over a car load of nuns. The cop says, "Sister, this is a 55 MPH highway. Why are you going so slow?" The Sister replies, "Sir, I saw a lot of signs that said 41, not 55."
The cop answers, "Oh, Sister, that's not the speed limit, that's the name of the highway you are on!" The Sister says, "Oh! Silly me! Thanks for letting me know. I'll be more careful." At this point, the cop looks in the backseat where the other nuns are shaking and trembling. The cop asks, "Excuse me, Sister, what's wrong with your friends back there? They are shaking something terrible." The Sister answers, "Oh, we just got off Highway 101." 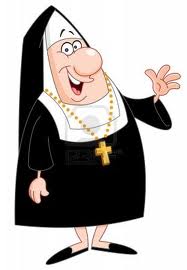 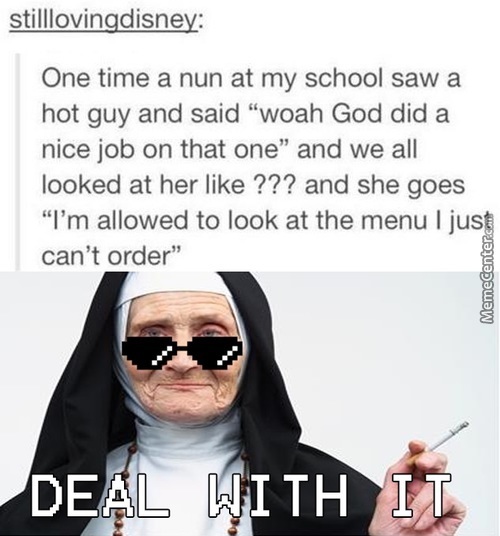 Nun Decorators
The head nun tells the two new nuns that they have to paint their room without getting any paint on their clothes. So the one nun says to the other, "Hey, let's take all our clothes off, fold them up, and lock the door."
So they do this, and begin painting their room. Soon they hear a knock at the door. They ask, "Who is it?" "Blind man!" The nuns look at each other, then one nun says, "He's blind, he can't see. What could it hurt." They let him in. The blind man walks in and says, "Hey, nice tits. Where do you want me to hang the blinds?" 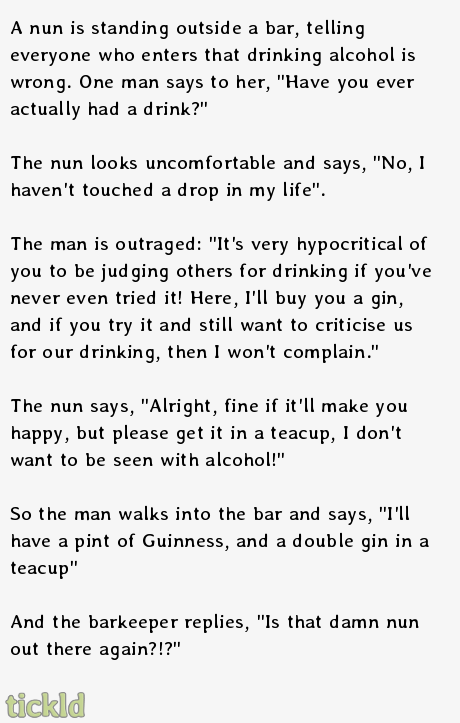 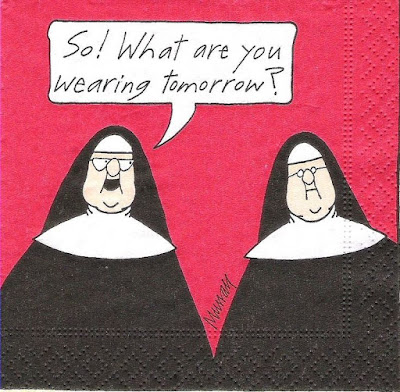 Pregnant Nun
Pat is not feeling very well and he decides to go to a doctor.
While he is waiting in the doctor's reception room, a nun comes out of the doctor's office. She looks very ashen, drawn and haggard. Pat goes into the doctor's office and says to the doctor: "I just saw a nun leaving who looked absolutely terrible. I have never seen a woman look worse." The doctor says: "I just told her that she is pregnant." Pat exclaims: "Oh my, is she?" The doctor responds: "No, but it sure cured her hiccups." 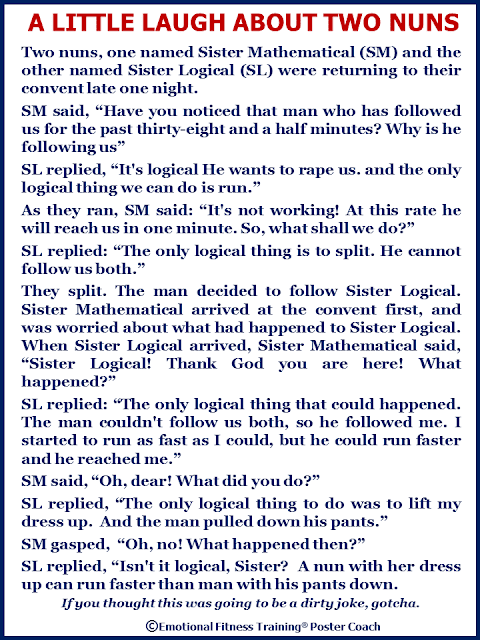 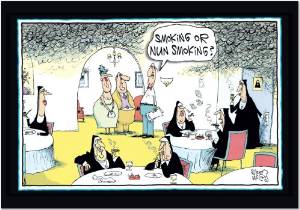 
I guess I'd better start praying and asking God for forgiveness with all of these nun jokes but heck, they were funny.  Have a hot, but stay cool Sunday my friends 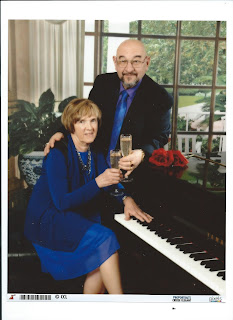