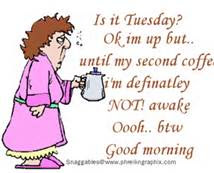 Good morning everyone especially those of my blogger friends that comment every time on my blog. Since I decided not to write every day, my true friends check on my blog. That's OK since I've also cut down on blogs reading myself. How can i expect a person to read mine if I'm not reading someone else's.
Today is going to be one of the better weather days but as the day moves on, Oh my goodness. It's going to be into the high 90's and it's going to feel like it's over 100. Yuk! On Friday morning I'm going to play golf. I plan on bringing some ice water with me.
Gerry came over yesterday to play some pool. He liked the walls that my wife painted. She did a fantastic job.
After I'm finished with this blog, I'm going to town to buy some groceries. 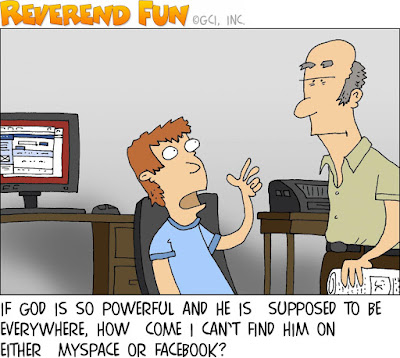 A 54 year old woman had a heart attack and was taken to the hospital. While on the operating table,she had a near death experience. Seeing God she asked, “Is my time up?” God said, “No,you have another 43 years,2 months and 8 days to live.” Upon recovery,the woman decided to stay in hospital and have a face-lift, liposuction, breast implants, and a tummy tuck. She even had someone come in and change her hair color, and brighten her teeth! Crossing the street on her way home, she was killed by ambulance. Arriving in front of God,she demanded, “I thought you said i had another 43 years?” Why didn’t you pull me from out of the path of the ambulance?” God replied: “I didn’t recognize you!” 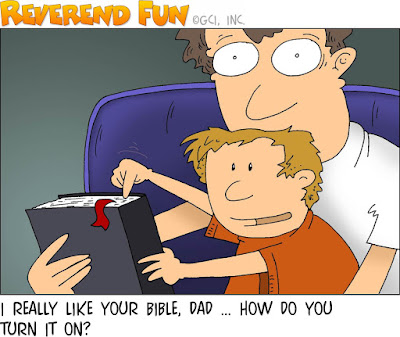 What did God say after creating Adam?

I can do better.

What did God say after she made Eve?

When was the longest day in the Bible?

The day Adam was created because there was no Eve. 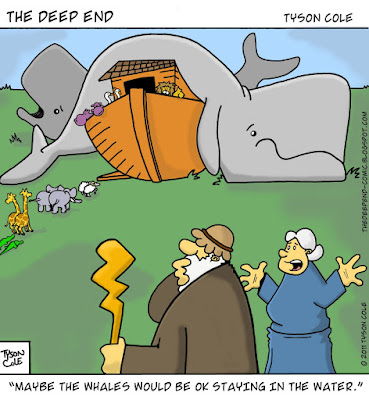 After a few days, the Lord called to Adam and said, "It is time for you and Eve to begin the process of populating the earth so I want you to kiss her."

Adam answered, "Yes Lord, but what is a kiss?" So the Lord gave a brief description to Adam who took Eve by the hand and took her to a nearby bush. A few minutes later, Adam emerged and said, "Thank you Lord, that Was enjoyable."

And the Lord replied, "Yes Adam, I thought you might enjoy that and now I'd like you to caress Eve." And Adam said, "What is a caress'? So the Lord again gave Adam a brief description and Adam went behind the bush with Eve.

Quite a few minutes later, Adam returned, smiling, and said, "Lord, that was even better than the kiss." And the Lord said, "You've done well, Adam. And now I want you to make love to Eve." And Adam asked, "What is 'make love' Lord?"' So the Lord again gave Adam directions and Adam went again to Eve behind the bush, but this time he reappeared in two seconds.

And Adam said, "Lord, what is a headache?" 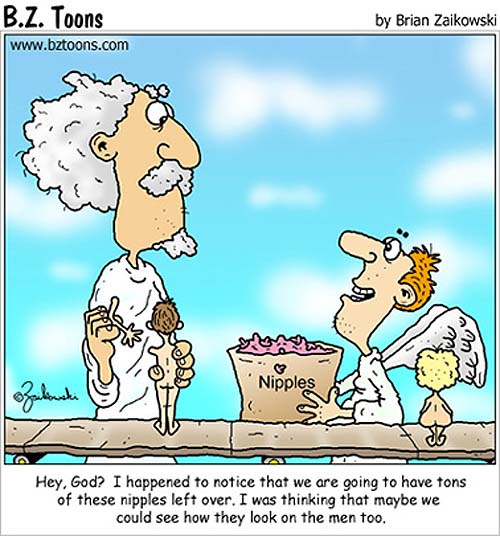 A Briton, a Frenchman and a Russian are viewing a painting of Adam and Eve frolicking in the Garden of Eden.

"Look at their reserve, their calm," muses the Briton "They must be British."

"Nonsense," the Frenchman disagrees. "They're naked, and so beautiful. Clearly, they are French."

No clothes, no shelter," the Russian points out, "they have only an apple to eat, and they're being told this is paradise. They are Russian." 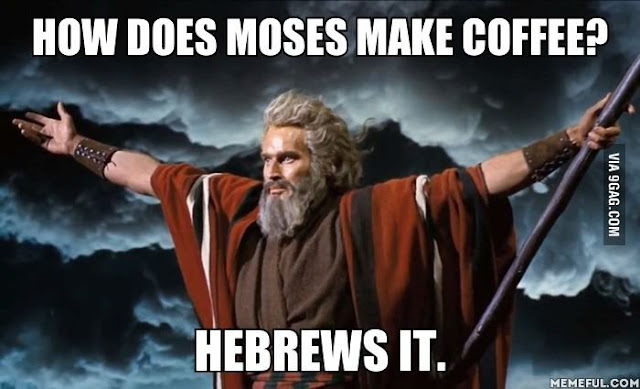 Little Susie was watching her father, a pastor, write a sermon.

"How do you know what to say?" she asked.

"Oh, then why do you keep crossing things out?"
A soldier ran up to a Nun. Out of breath he asked: "Please, may I hide under your skirt I'll explain later."

The nun accepted his request.

A moment later, two Military Police ran up and asked: "Sister have you seen a soldier?"

The nun replied: "He went that way."

After the MP's ran off, the soldier crawled out under her skirt and said, 'I can't thank you enough Sister. I hope you will understand, "I don't want to go to Iraq."

The nun said: "I understand completely".

The soldier added: "I hope I am not rude, but you have a great pair of legs!"

The nun replied: "If you had looked a little higher, you would have seen a great pair of ballsI don't want to go to Iraq either." 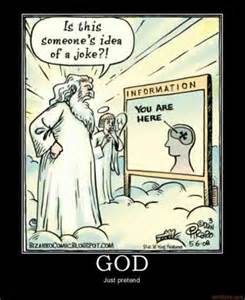 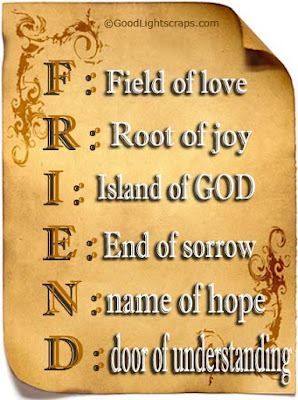