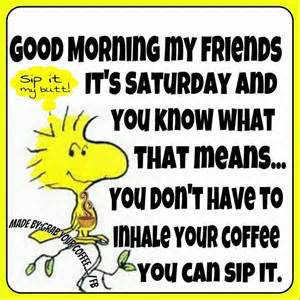 Well, well, well, it's Saturday and Halloween will be here soon. Those little monsters & goblins will be appearing at your doors yelling, " Trick or Treat " You know, if you really think about that phrase, could be very dangerous. What would happen if you at your door say no treat but want a trick. I would worry about that. I always have a great deal of treats for them.
I have a surprise for you on Tuesday. There will be a section called " Tuesday's Question " My new blogging friend, Ann Clemmons of " A Nice Place In The Sun " ask people to answer people their  feelings on a special individual. I answered the question of my blogging friend Sandee and my answer was chosen by Ann and she in turn asked me to write Tuesday's Question so Tuesday's Question will be Mine. Look into Tuesday's Question by me, Cruisin Paul. I'm so proud to have chosen. Thanks Ann. 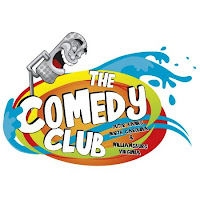 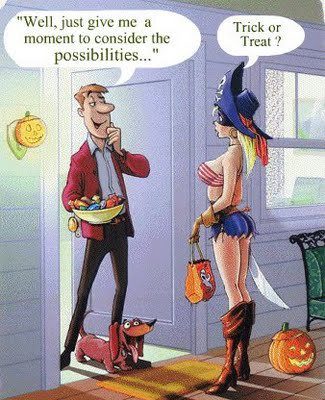 One dark night, two men were walking home after a party and decided to take a shortcut through the cemetery. Right in the middle of the cemetery they were startled by a tap-tap-tapping noise coming from the misty shadows.
Trembling with fear, they found an old man with a hammer and chisel, chipping away at one of the headstones.
“Holy cow, Mister,” one of them said after catching his breath, “You scared us half to death we thought you were a ghost! What are you doing, working here so late at night?”
“Those fools!” – the old man grumbled. “They misspelled my name on my gravestone! " 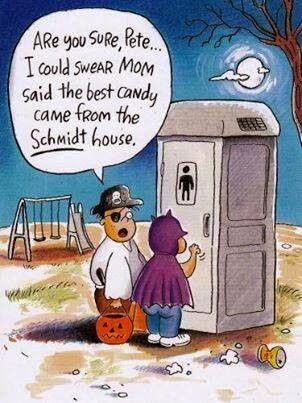 An extremely modest man was in the hospital for a series of tests, the last of which had left his bodily systems extremely upset. Upon making several false alarm trips to the bathroom, he decided the latest episode was another and stayed put.
He suddenly filled his bed with diarrhea and was embarrassed beyond his ability to remain rational. In a complete loss of composure he jumped out of bed, gathered up the bed sheets and threw them out the hospital window.
A drunk was walking by the hospital when the sheets landed on him. He started yelling, cursing, and swinging his arms violently trying to get the unknown things off, and ended up with the soiled sheets in a tangled pile at his feet.
As the drunk stood there, unsteady on his feet, staring down at the sheets, a hospital security guard, (barely containing his laughter) and who had watched the whole incident, walked up and asked, “What the heck is going on here?”
The drunk, still staring down replied: “I think I just beat the crap out of a ghost.” 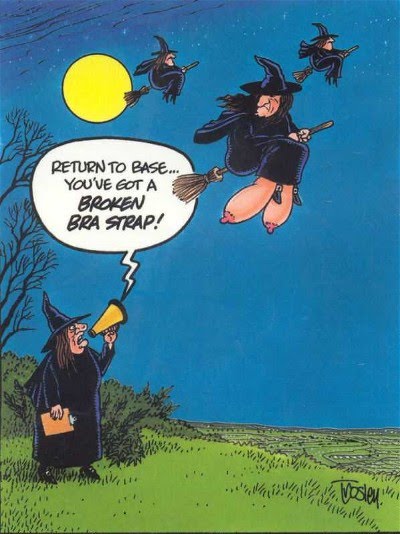 A couple was invited to a swanky masked Halloween Party. The wife got a terrible headache and told her husband to go to the party alone. He, being a devoted husband, protested, but she argued and said she was going to take some aspirin and go to bed and there was no need of his good time being spoiled by not going. So he took his costume and away he went.
The wife, after sleeping soundly for one hour, awakened without pain, and as it was still early, she decided to go to the party. In as much as her husband did not know what her costume was, she thought she would have some fun by watching her husband to see how he acted when she was not with him. She joined the party and soon spotted her husband cavorting around on the dance floor, dancing with every nice chick he could and copping a little feel here and a little kiss there.
His wife went up to him and being a rather seductive babe herself, he left his partner high and dry and devoted his time to the new stuff that had just arrived. She let him go as far as he wished; naturally, since he was her husband. Finally he whispered a little proposition in her ear and she agreed, so off they went to one of the cars and had a little bang.
Just before unmasking at midnight, she slipped away and went home and put the costume away and got into bed, wondering what kind of explanation he would make for his behavior.
She was sitting up reading when he came in and asked what kind of a time he had had. He said, “Oh the same old thing. You know I never have a good time when you’re not there.”
Then she asked, “Did you dance much?”
He replied, “I’ll tell you, I never even danced one dance. When I got there, I met Pete, Bill Brown and some other guys, so we went into the den and played poker all evening. But I’ll tell you… The guy I loaned my costume to sure had a real good time!” 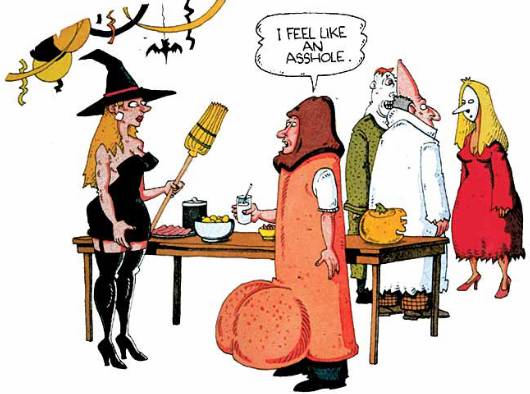 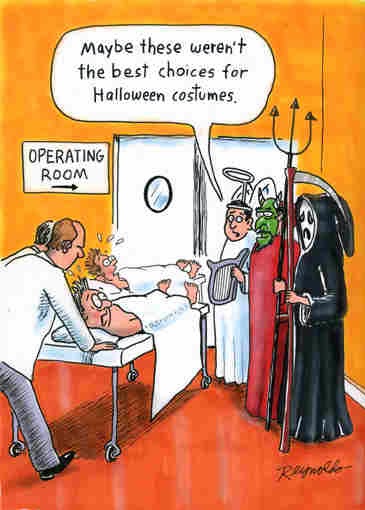 A cabbie picks up a nun. She gets into the cab, and the cab driver won't stop staring at her. She asks him why is he staring and he replies, "I have a question to ask you but I don't want to offend you."She answers, 'My dear son, you cannot offend me. When you're as old as I am and have been a nun a long as I have, you get a chance to see and hear just about everything. I'm sure that there's nothing you could say or ask that I would find offensive." "Well, I've always had a fantasy to have a nun kiss me." She responds, "Well, let's see what we can do about that: #1, you have to be single and #2 you must be Catholic."
The cab driver is very excited and says, "Yes, I am single and I'm Catholic too!" The nun says "OK, pull into the next alley." He does and the nun fulfills his fantasy. But when they get back on the road, the cab driver starts crying. "My dear child, said the nun, why are you crying?" "Forgive me sister, but I have sinned. I lied, I must confess, I'm married and I'm Jewish." The nun says, "That's OK, my name is Kevin and I'm on my way to a Halloween party." 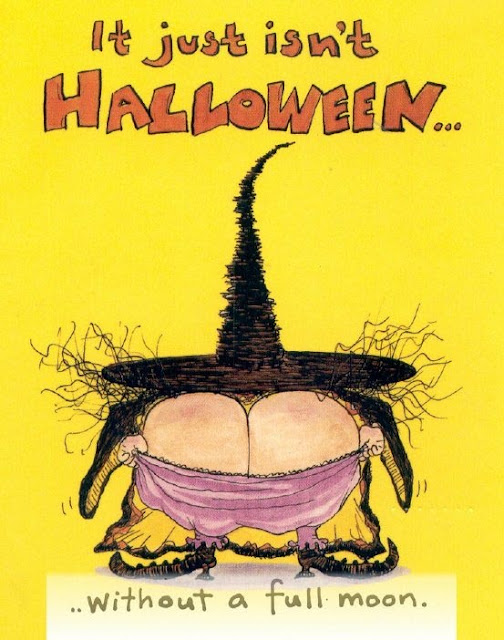 A tourist in Vienna is going through a graveyard and all of a sudden he hears some music. No one is around, so he starts searching for the source. He finally locates the origin and finds it is coming from a grave with a headstone that reads: Ludwig van Beethoven, 1770-1827. Then he realizes that the music is the Ninth Symphony and it is being played backward! Puzzled, he leaves the graveyard and persuades a friend to return with him.
By the time they arrive back at the grave, the music has changed. This time it is the Seventh Symphony, but like the previous piece, it is being played backward.
Curious, the men agree to consult a music scholar. When they return with the expert, the Fifth Symphony is playing, again backward. The expert notices that the symphonies are being played in the reverse order in which they were composed, the 9th, then the 7th, then the 5th.
By the next day the word has spread and a throng has gathered around the grave. They are all listening to the Second Symphony being played backward.Just then the graveyard's caretaker ambles up to the group. Someone in the crowd asks him if he has an explanation for the music.
"Oh, it's nothing to worry about" says the caretaker. "He's just decomposing!" 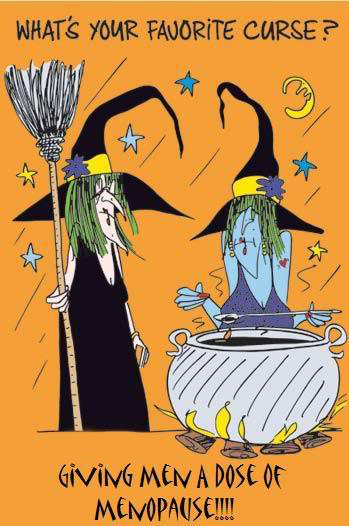 Well its for today. Enjoy your Halloween and don't forget to check my blog on Tuesday. 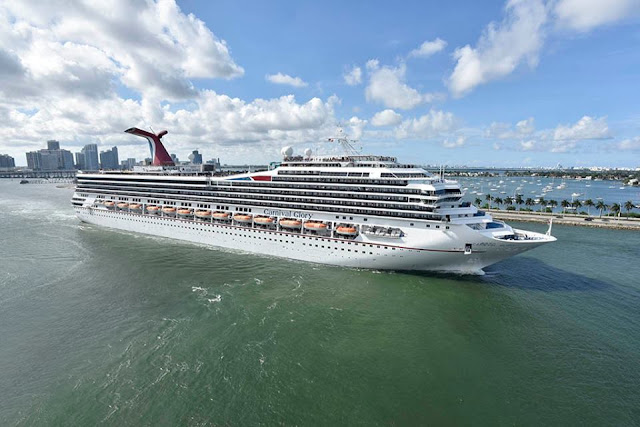