Well, well, well my good friends, good morning here in cold Amherstburg, Ontario, Canada. Right across the Detroit River is Michigan, USA. They are also cold today. Some Americans in the US really think that if they were crossing the Ambassador Bridge during the summer that they think that when you enter Windsor, there is snow and ice right away. Amazing. Detroit is hot and across the bridge is Window that is cold. Oh well

After the fire-truck arrived at a burning building in a small Spanish town, the firemen observed a man dressed in a matador’s costume prancing around on the roof. Four of the firemen held a safety-net and urged him to escape from the burning building by jumping into the net. He refused and loudly proclaimed, “I m Fearless Jose the bullfighter who fears nothing, not even fire.” The firemen begged and pleaded but to no avail. Jose kept prancing around while repeating the same phrase over and over until the firemen got really sick and tired of hearing it. Finally, when the flames began to scorch his butt, Jose announced he had changed his mind, was ready to jump and then leaped off the rooftop. As his body hurtled toward the safety-net, the four firemen shouted, “Ole!” and quickly moved it aside. 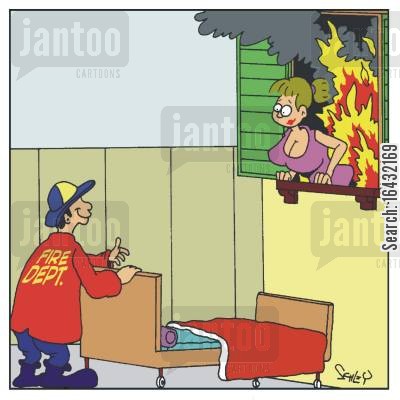 A man calls the fire department and says, “Yes, I have just had my front yard landscaped, I have a nice new flower bed, a new fish pond with a fountain and a new rose garden.” “Very nice,” the firefighter says, “but what does that have to do with the fire service?” “Well,” the man answers, “the house next door is on fire and I don’t want you to trample my front yard.” 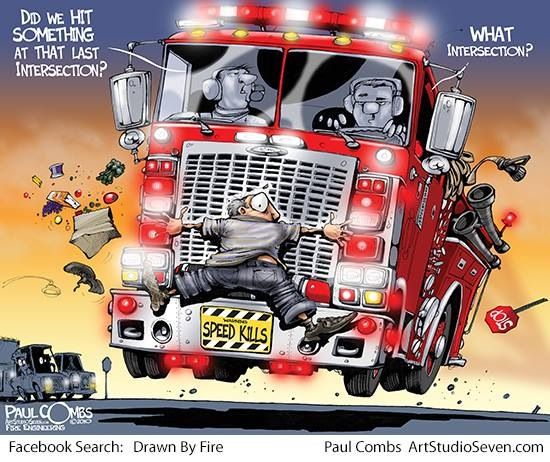 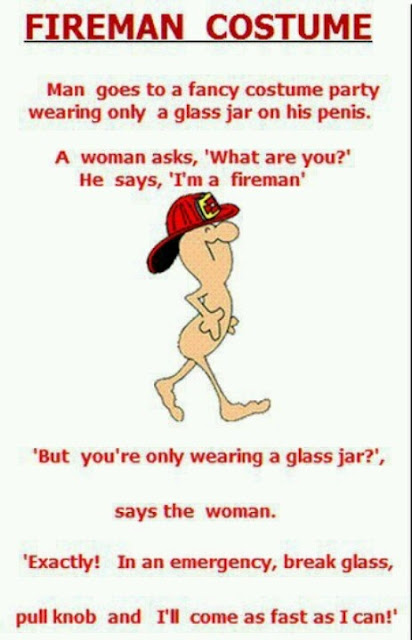 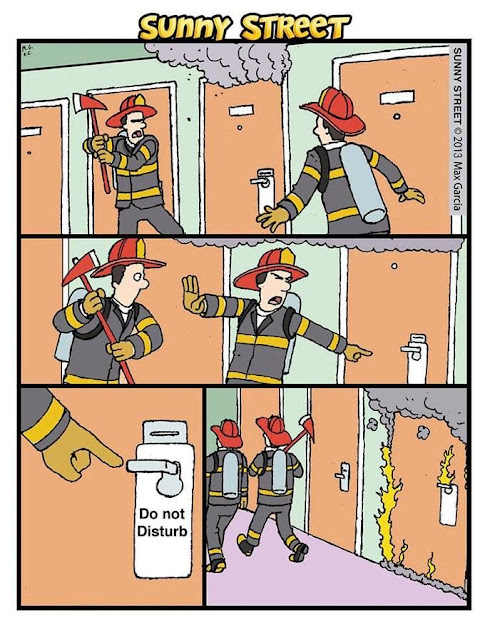 The firefighter climbs the ladder to the bedroom of a burning house, and there he finds a curvaceous brunette, "Ah", he says, "you are the third pregnant girl I've rescued this month".
"But, I'm not pregnant!"
"You're not rescued yet!"

Two fellows were sitting in a coffee shop...suddenly the Town's Fire Alarm went off ... one jumped up and headed for the door ... his friend shouted, "Hey, Tom, I didn't know you were a fireman!"
Tom replied, "I'm not, but my girlfriend's husband is..." 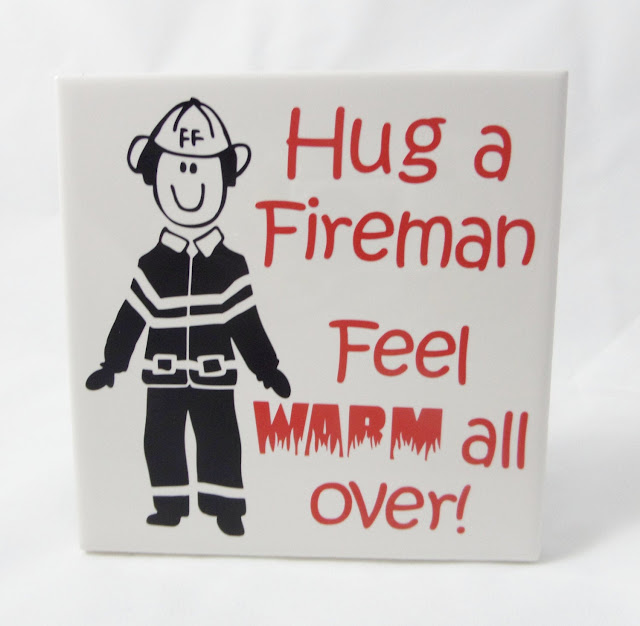 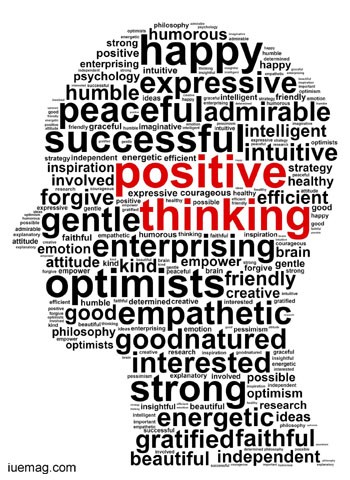 " Have A Great Day  My Good Friends " 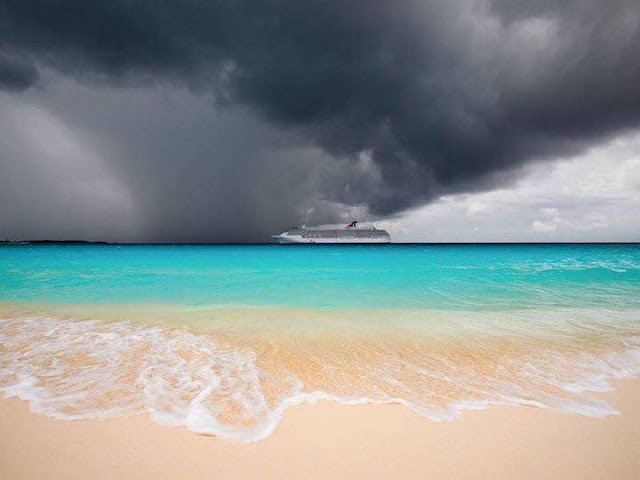