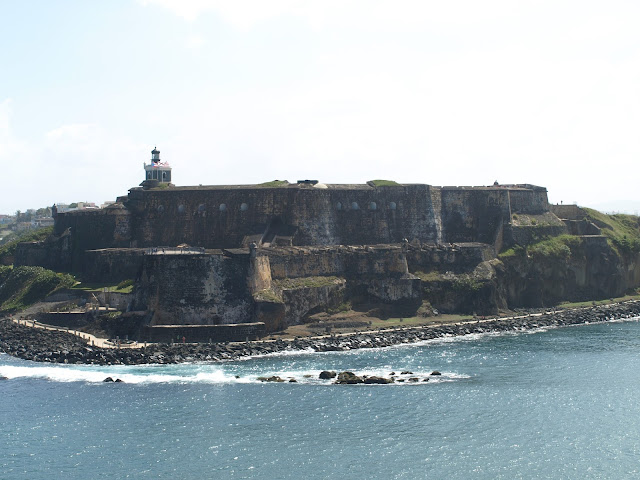 This is the old fort as you enter the bay to San Juan. It's a gigantic area as you will see. 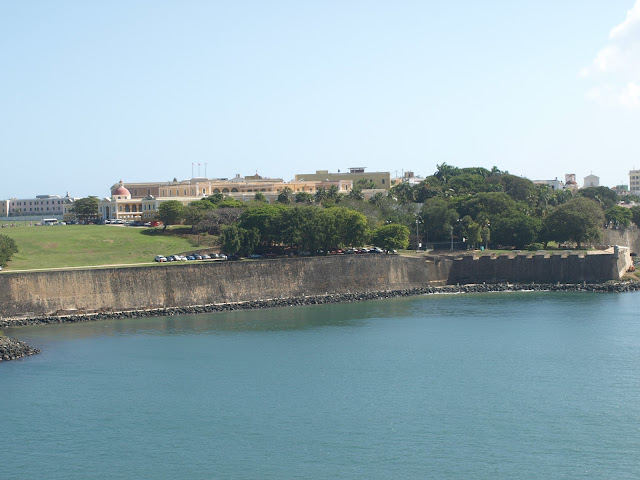 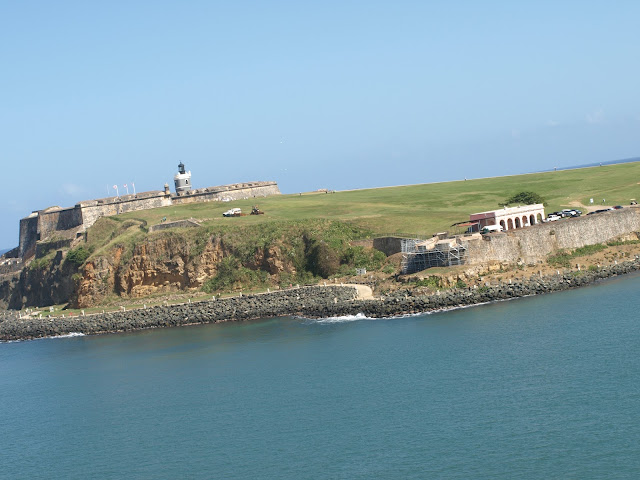 Once we were at the pier I took a photo of downtown San Juan. We decided that we wouldn't get off the ship this time. We just wanted to rest and enjoy the warmth of the sun. 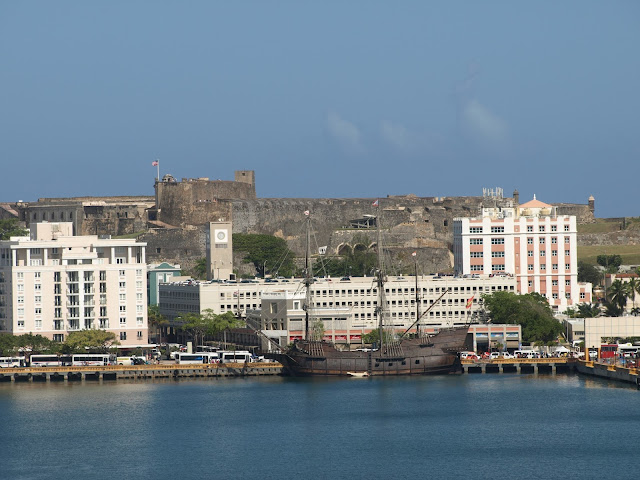 You can see the old fort in the background.
While on board the ship after lunch the cruise director was doing fun things for the guests. One was the hairy chest game. Really the winner doesn't have to have the hairy chest, it's just how crazy you can do what's asked of you and who the crowd applauds for. It's just a great deal of fun. Here are a couple of photos. 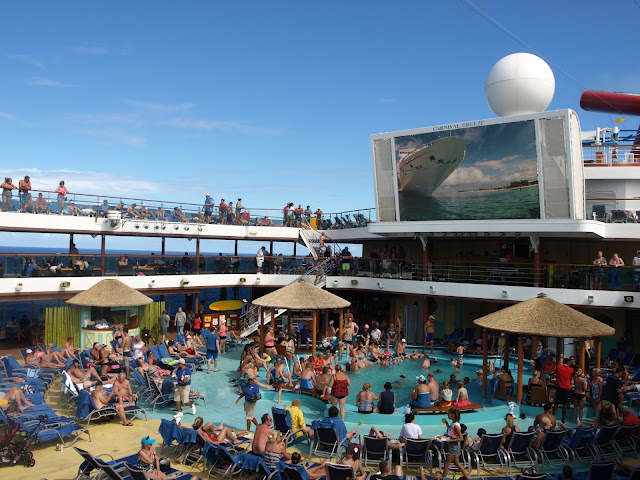 and the winner is 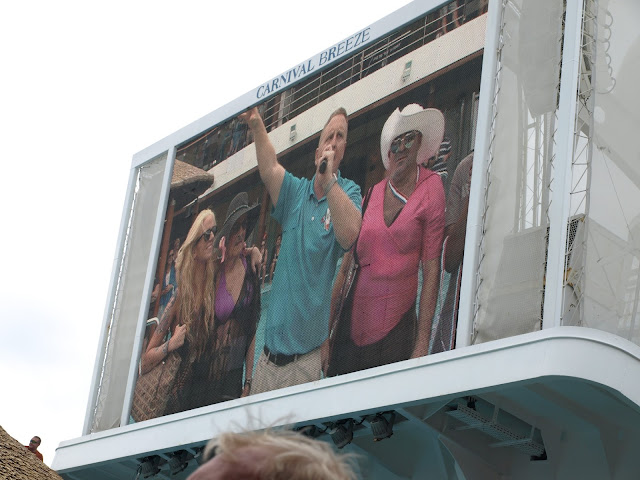 The man in the black hat won but I thought he might have a heart attack soon. He was in his high 80's and he was bouncing on the ground, dancing around with beautiful women. They had to separate him from this blonde because he had planted his face in her breasts. Boy was it funny.
Later they had another game where they took a group of men & women and they had to plan a pool dance. Here it is as we saw it. 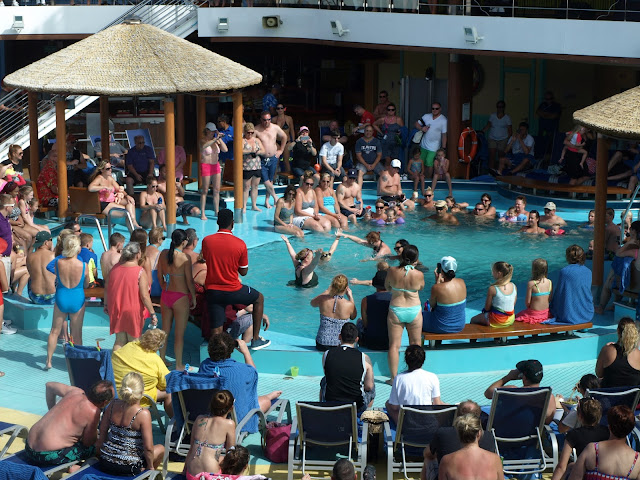 Here are the ladies showing us their dancing moves in the pool. 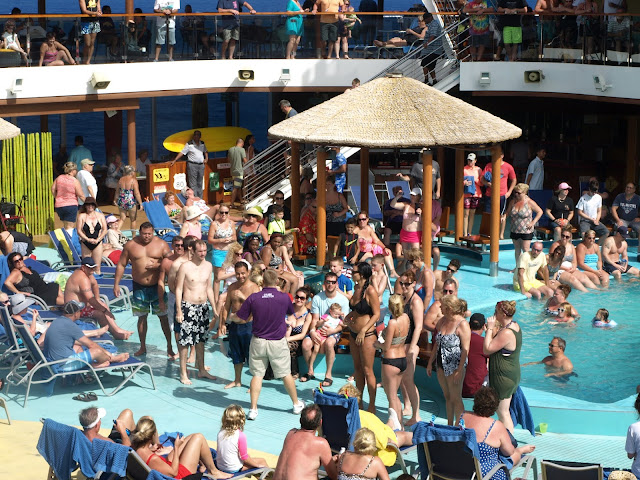 Here is CD Mike asking the crowd who they think is the winner and here was the eventual winner. Figure out who won. 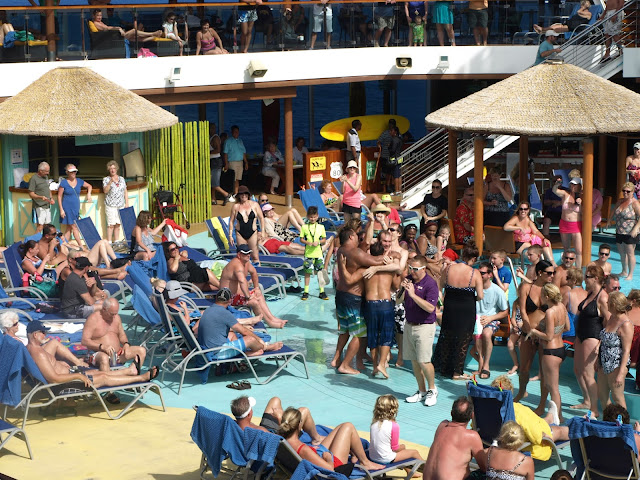 Later we went back in into the Lanai  and the Ocean Plaza for some cooling drinks. Time goes slowly on the ship which is good for me. Later we went for dinner with Romano and I was so lucky taking this photo of the sunset. I think it is one of my best picture. What do you think. 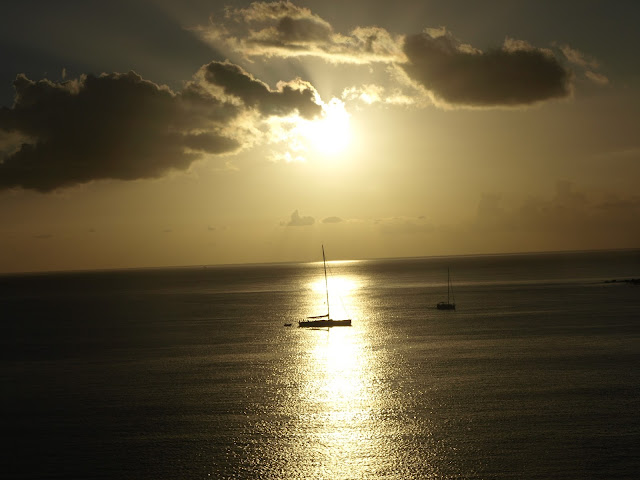 Once again Mary Lou went to take a show and me, a movie, Jurassic World. I wasn't able to see it went it came out and now I saw it. It was great. After meeting again at the Ocean Plaza for a coffee, Mary Lou & I decided to get some sleep. Entering the cabin we saw another friend on our bed. 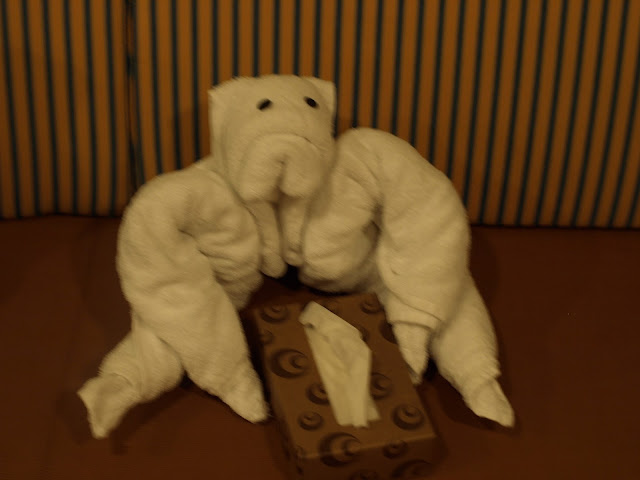 I think my friend was warning me about something for the next day I started feeling ill. Good night everyone. 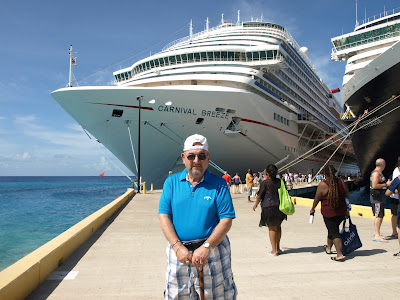