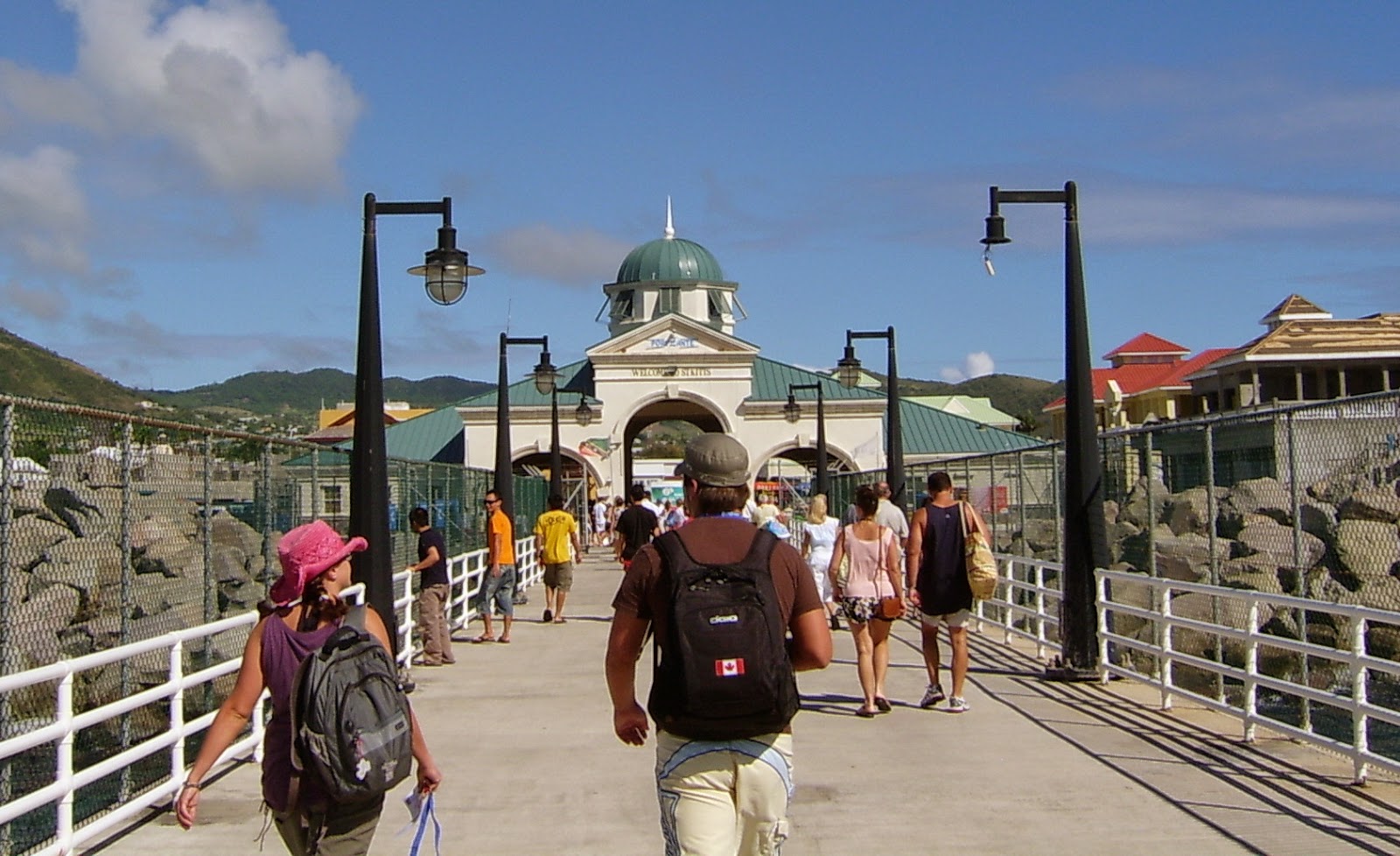 This is St. Kitt 9 years ago on our first cruise. They were just starting to build a few buildings and there weren't that things done. This is today the port of St. Kitt. 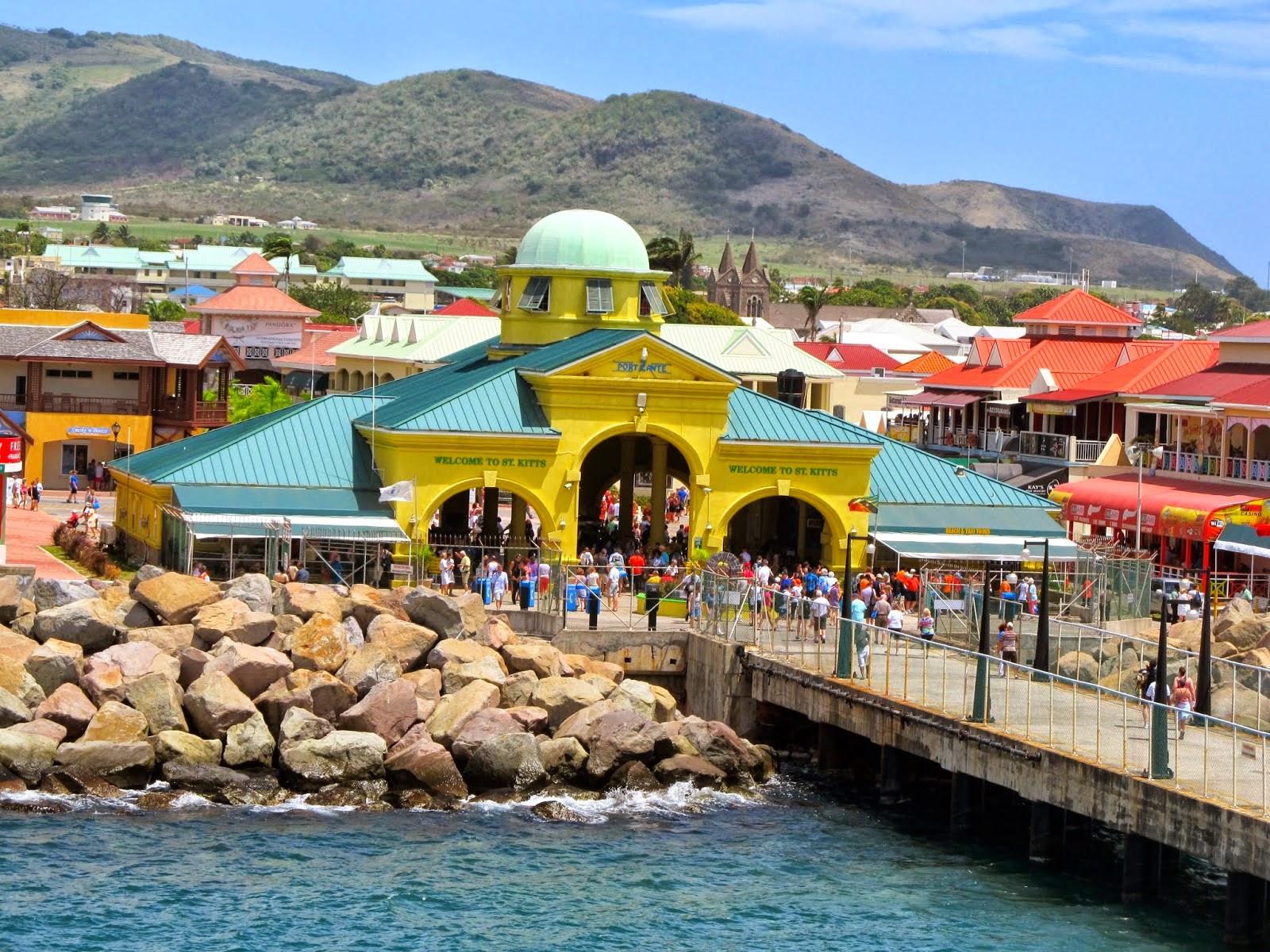 Quite a difference I would say. I can't wait to get back to the very first port that I went on my first cruise.

Mary Lou & I didn't do much last night, some dinner, TV and a little pool. Guess what? I beat her for a change. Ha,ha,ha, During the day we had to visit our lovely lawyer. Finally, finally I believe my mothe's estate will be completed. ( I hope! ) 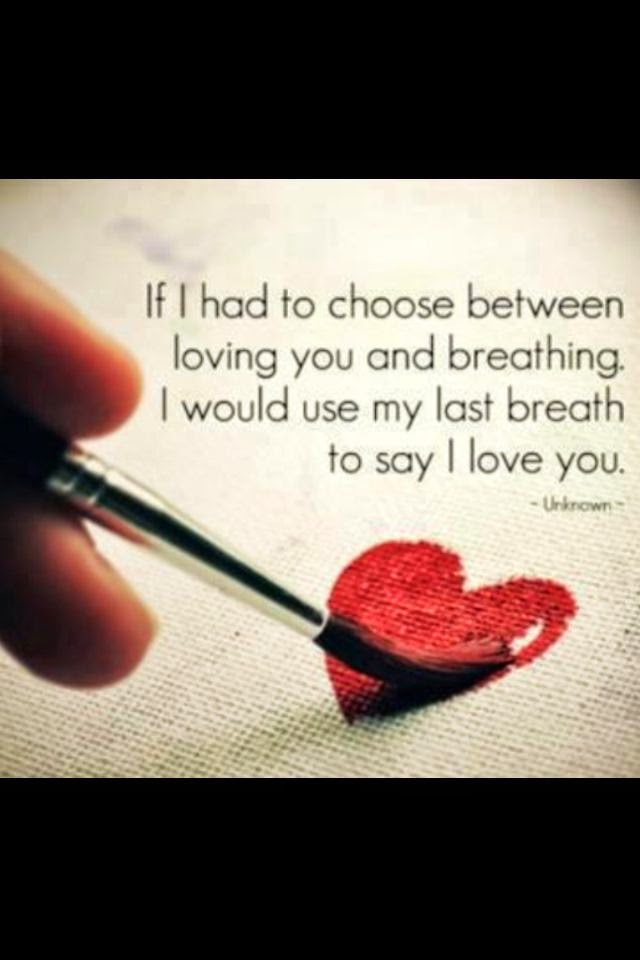 A ditzy blonde applied for a job at the Tickle-Me Elmo factory. Although she wasn't particularly qualified, the manager liked what he saw in her and decided to put her to work anyway. He started her out at the end of the assembly line where he figured she couldn't do much damage.

After giving her very specific instructions, he went back to his office to do some paperwork. He had just sat down to sign a few things when all of a sudden his secretary burst in to tell him that the whole assembly line had been shut down!

He raced out of his office to see what was the matter. With a growing sense of dread, he looked toward the end of the assembly line. Sure enough, there was the newly hired blonde surrounded by a huge pile of Elmos. As the manager watched, she took each little Elmo doll, slit open its crotch, and carefully inserted two large steel ball bearings before sewing the little Elmos up again.

The manager stormed up to the blonde and demanded to know what in the world was going on!

The blonde smiled and looked up at him. "I'm doing exactly what you told me to do," she said, handing him a piece of paper. "See, I even wrote it down."

The manager took one look at the paper and groaned. "Maybe I wasn't quite clear," he said. "What I meant for you to do was give each new Elmo two test tickles!"

A man is driving down a deserted stretch of highway, when he notices a sign out of the corner of his eye. It says Sisters of Mercy House of Prostitution 10 Miles. He thinks it was just a figment of his imagination and drives on without a second thought. Soon, he sees another sign which says Sisters of Mercy House of Prostitution 5 Miles and realizes that these signs are for real. When he drives past a third sign saying Sisters of Mercy House of Prostitution Next Right, his curiosity gets the best of him and he pulls into the drive.
On the far side of the parking lot is a sombre stone building with a small sign next to the door reading SISTERS OF MERCY. He climbs the steps and rings the bell. The door is answered by a nun in a long black habit who asks "What may we do for you, my son?" He answers "I saw your signs along the highway, and was interested in possibly doing business."
"Very well, my son. Please follow me." He is led through many winding passages and is soon quite disoriented. The nun stops at a closed door, and tells the man "Please knock on this door." He does as he is told and this door is answered by another nun in a long habit and holding a tin cup. This nun instructs "Please place $50 in the cup, then go through the large wooden door at the end of this hallway." He gets $50 out of his wallet and places it in the second nun's cup.
He trots eagerly down the hall and slips through the door, pulling it shut behind him. As the door locks behind him, he finds himself back in the parking lot, facing another small sign:
Go in Peace, You Have Just Been Screwed by the Sisters of Mercy. 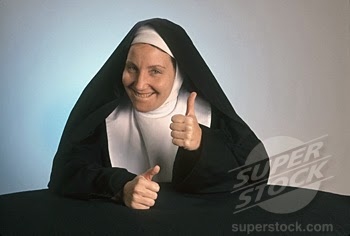 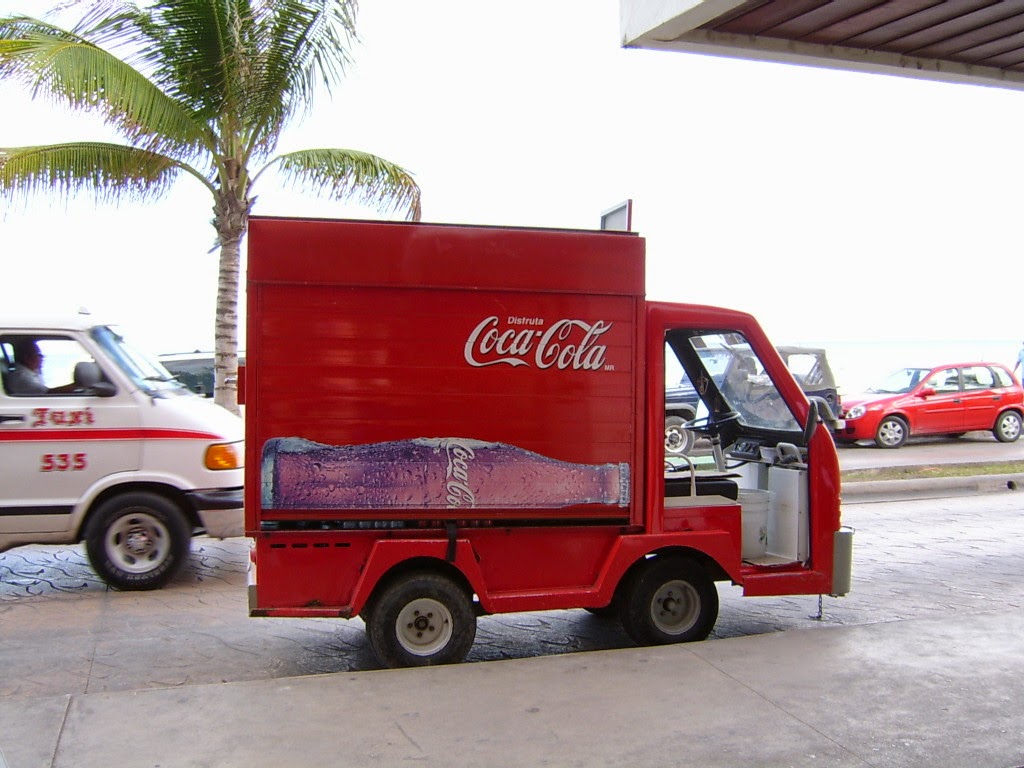 We were at an open bar in Cosumel, Mexico and a Coca Cole truck stopped by. I wonder how many bottles I can drink from this truck? Most of the trucks were this small. I wonder where are the large trucks?


Have a wonderful day everyone. See ya tomorrow.