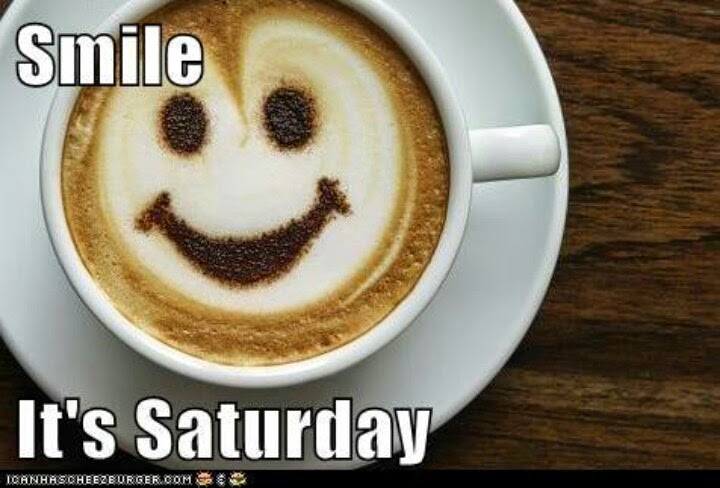 I'm getting excited about golf. This weekend is the Masters and I'll be watching it today & tomorrow. Sometimes you think that you can do the same thing that they are doing but when you do get out on the links, you suddenly realize what great golfers they are. I'm just happy that I can hit the ball straight and be able to putt the ball properly.  On the par 3's, I'm able to birdie or par the hole usually but the par 5's are difficult because I'm not able to hit the ball far. Oh well, I enjoy getting out there with the other guys and have fun. 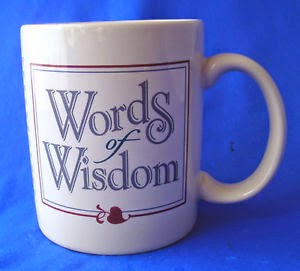 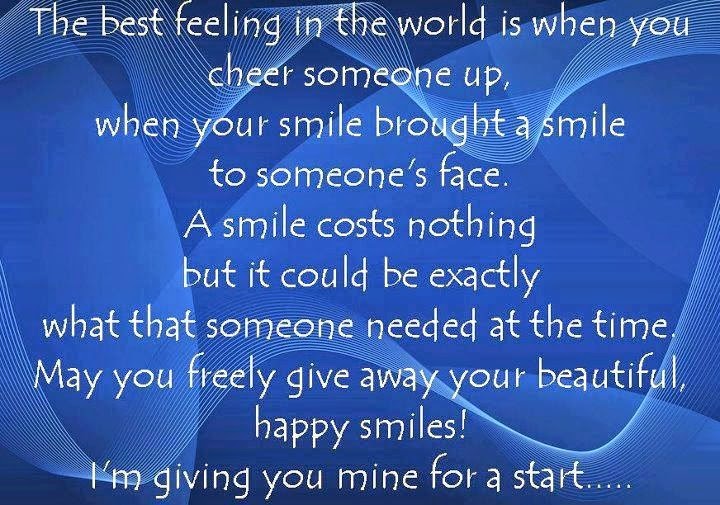 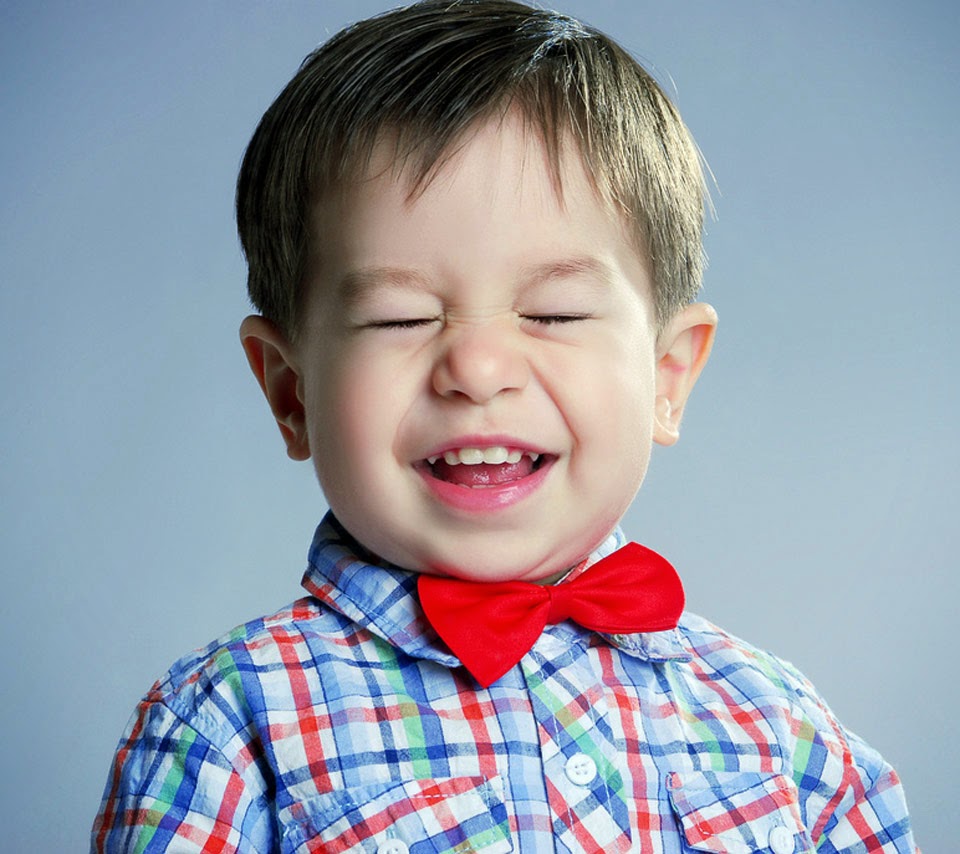 And the Lord spoke to Noah and said: "In six months I'm going to make it rain until the whole earth is covered with water and all the evil people are destroyed. But I want to save a few good people, and two of every kind ofliving thing on the planet. I am ordering you to build Me an Ark."
And in a flash of lightning he delivered the specifications for an Ark. "OK," said Noah, trembling in fear and fumbling with the blueprints. "Six months, and it starts to rain," thundered the Lord. "You'd better have my Ark completed, or learn how to swim for a very long time." And six months passed. The skies began to cloud up and rain began to fall.
The Lord saw that Noah was sitting in his front yard, weeping. And there was no Ark. "Noah," shouted the Lord, "where is my Ark?" A lightning bolt crashed into the ground next to Noah.
"Lord, please forgive me!" begged Noah. "I did my best. But there were big problems. First I had to get a building permit for the Ark construction project, and your plans didn't meet code. So I had to hire an engineer to redraw the plans. Then I got into a big fight over whether or not the Ark needed a fire sprinkler system. My neighbors objected, claiming I was violating zoning by building the Ark in my front yard, so I had to get a variance from the city planning commission.
Then I had a big problem getting enough wood for the Ark because there was a ban on cutting trees to save the Spotted Owl. I had to convince U.S. Fish and Wildlife that I needed the wood to save the owls. But they wouldn't let me catch any owls. So no owls.
Then the carpenters formed a union and went out on strike. I had to negotiate a settlement with the National Labor Relations Board before anyone would pick up a saw or a hammer. Now we have 16 carpenters going on the boat, and still no owls.
Then I started gathering up animals, and got sued by an animal rights group. They objected to me taking only two of each kind. Just when I got the suit dismissed, EPA notified me that I couldn't complete the Ark without filing an environmental impact statement on your proposed flood. They didn't take kindly to the idea that they had no jurisdiction over the conduct of a Supreme Being.
Then the Army Corps of Engineers wanted a map of the Proposed new flood plain. I sent them a globe.
Right now I'm still trying to resolve a complaint from the Equal Employment Opportunity Commission over how many Croatians I'm supposed to hire, the IRS has seized all my assets claiming I'm trying to avoid paying taxes by leaving the country, and I just got a notice from the state about owing some kind of use tax. I really don't think I can finish your Ark for at least another five years," Noah wailed.
The sky began to clear. The sun began to shine. A rainbow arched across the sky. Noah looked up and smiled. "You mean you're not going to destroy the earth?" Noah asked, hopefully.
"No," said the Lord sadly, " GOVERNMENT ALREADY HAS ." 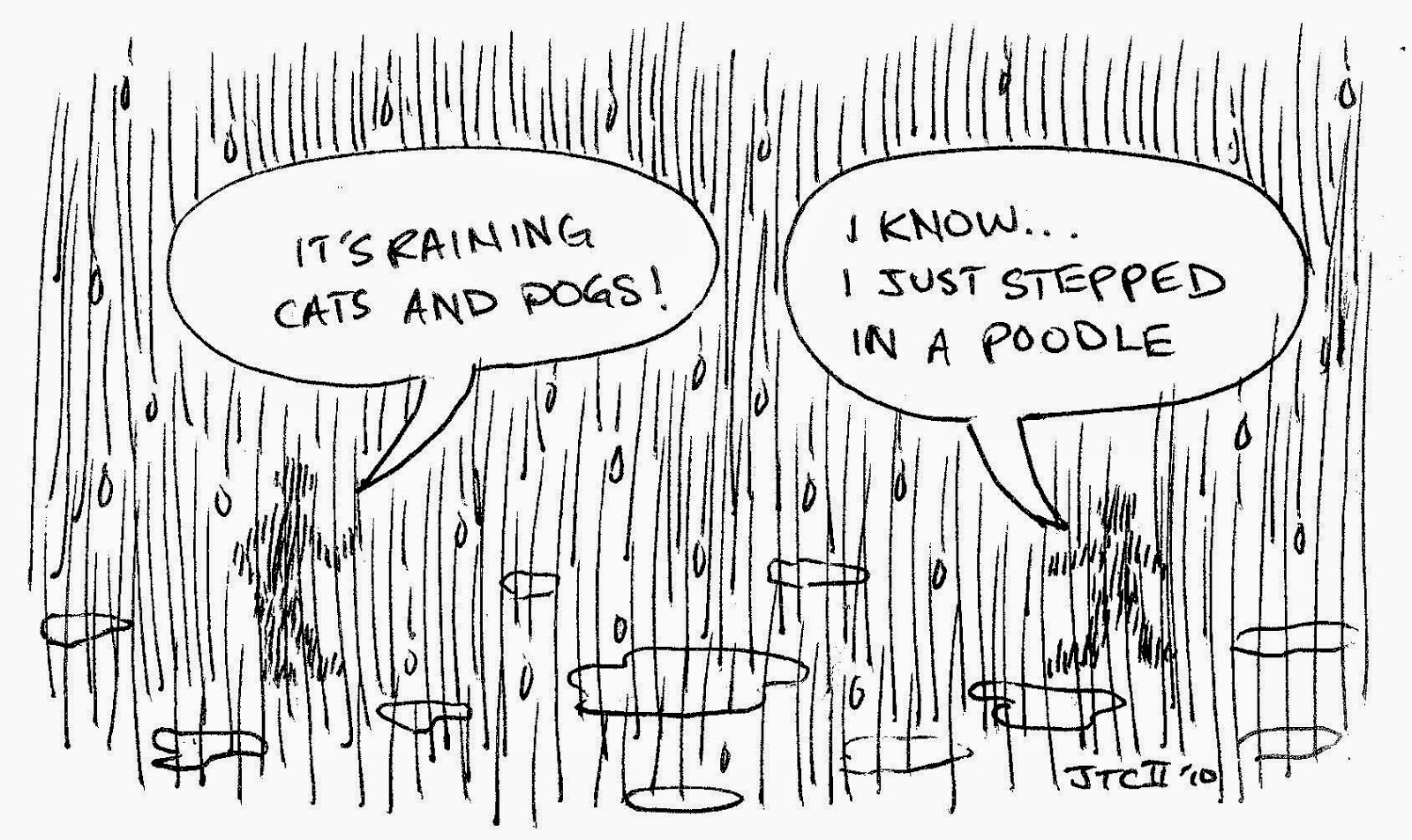 
A guy gets pulled over for speeding on a rainy day.

The cop says, "Isn't it kind of stupid to be driving so fast in this weather?"

The driver says, "Who's stupid? I'm dry in my car. You're the one who's standing out in the rain." 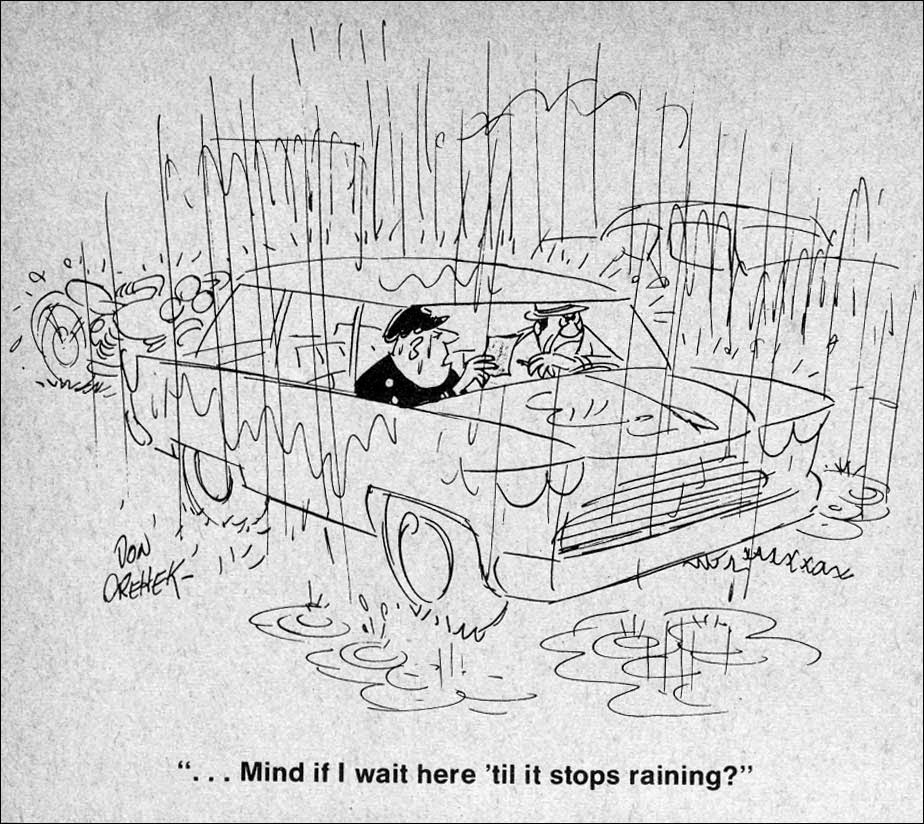 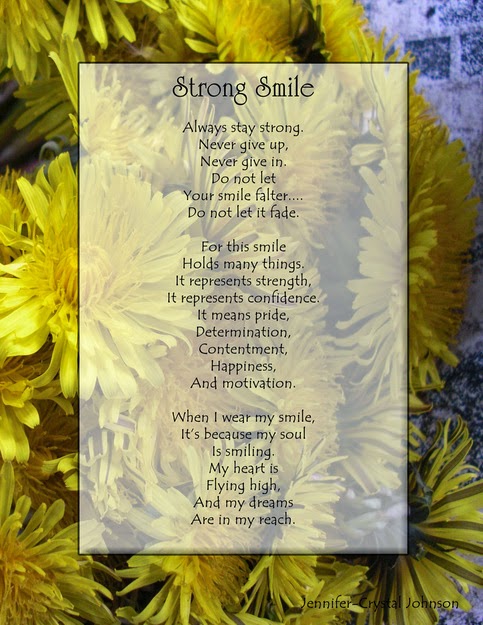 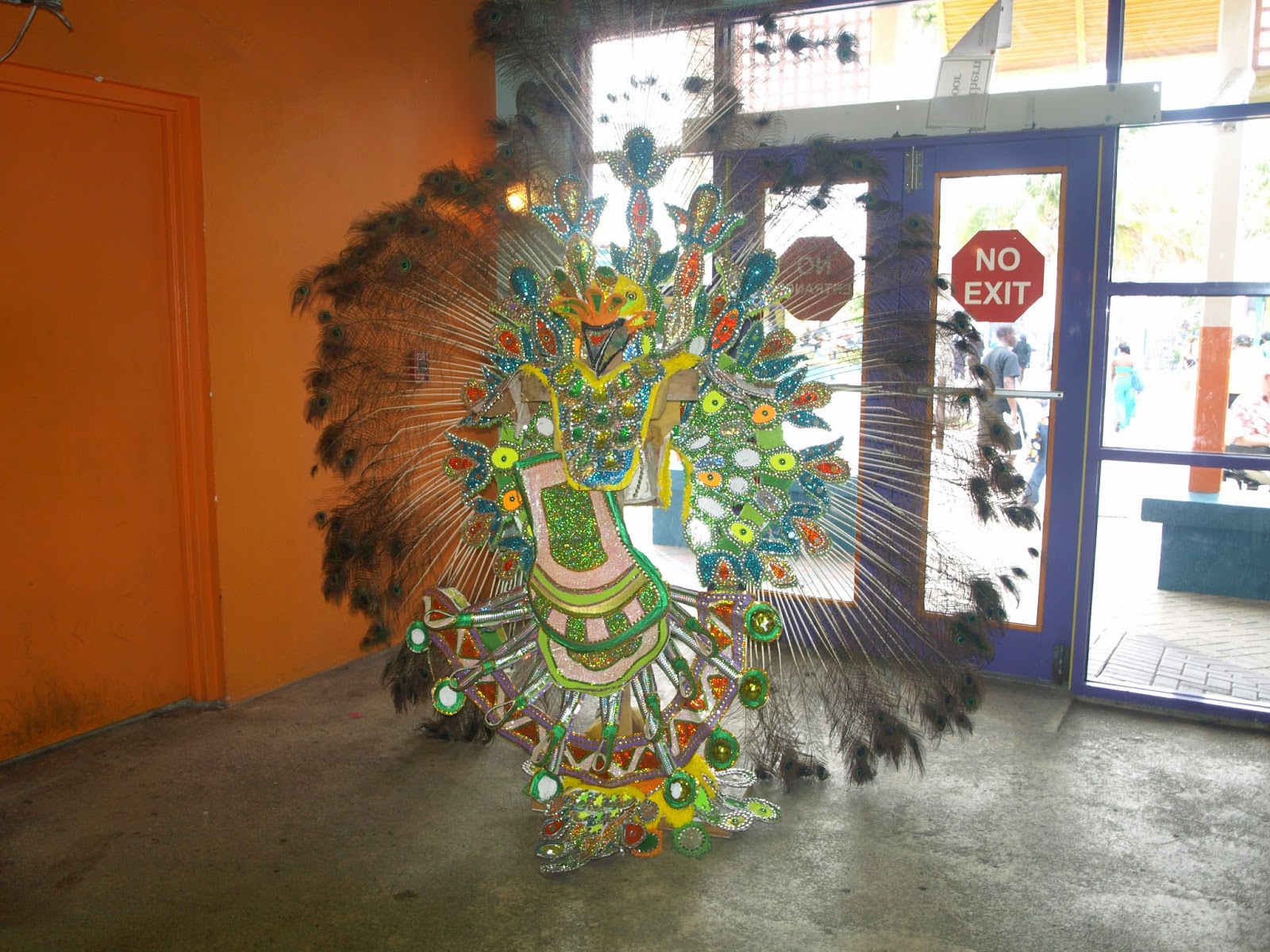 As we entered the port's building, this is what we saw in Nassau, Bahamas 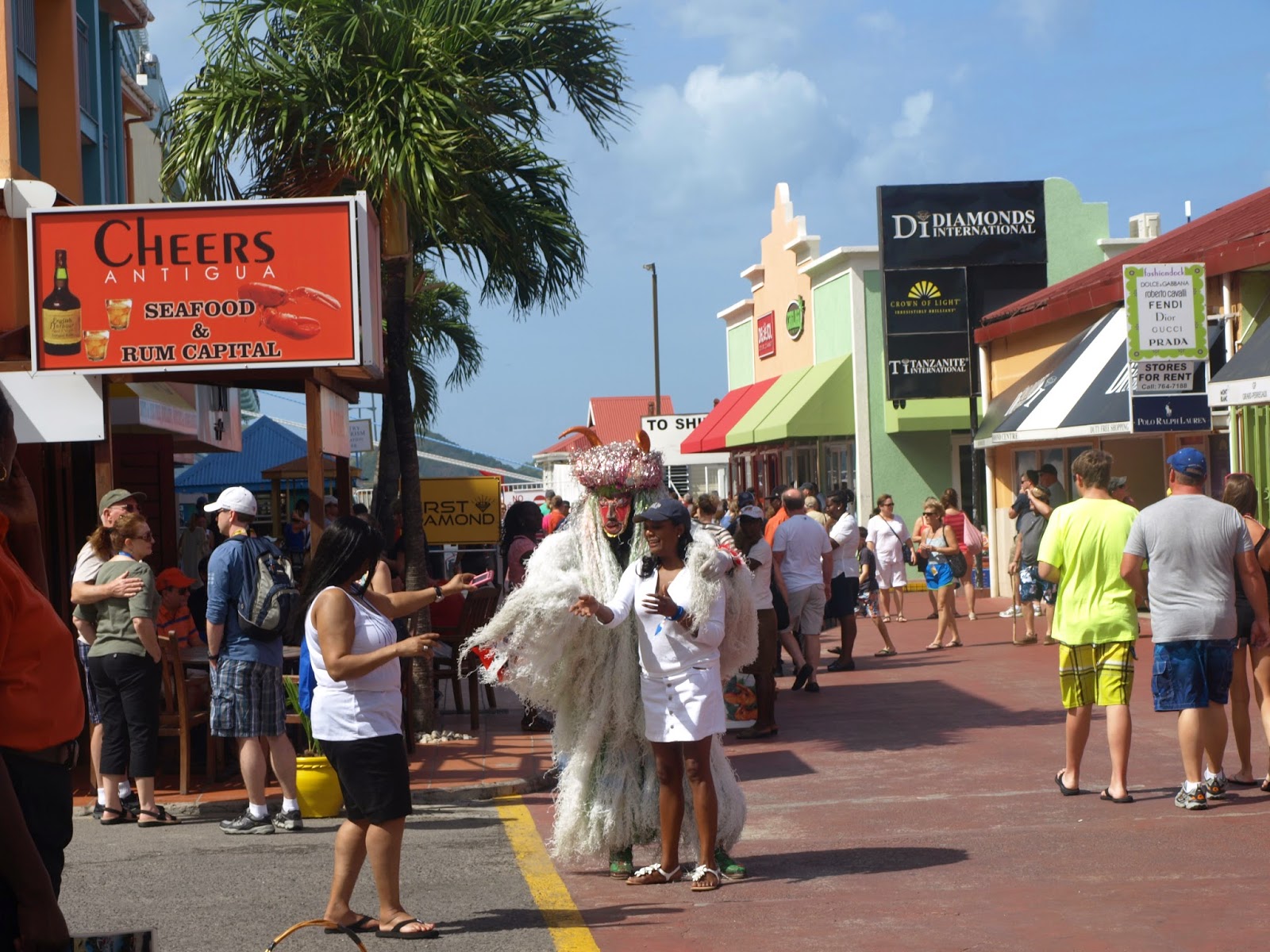 Immediately leaving the ship in Antigua, this a guest having their photo taken. Next photo you'll see who they were taking the photo with. 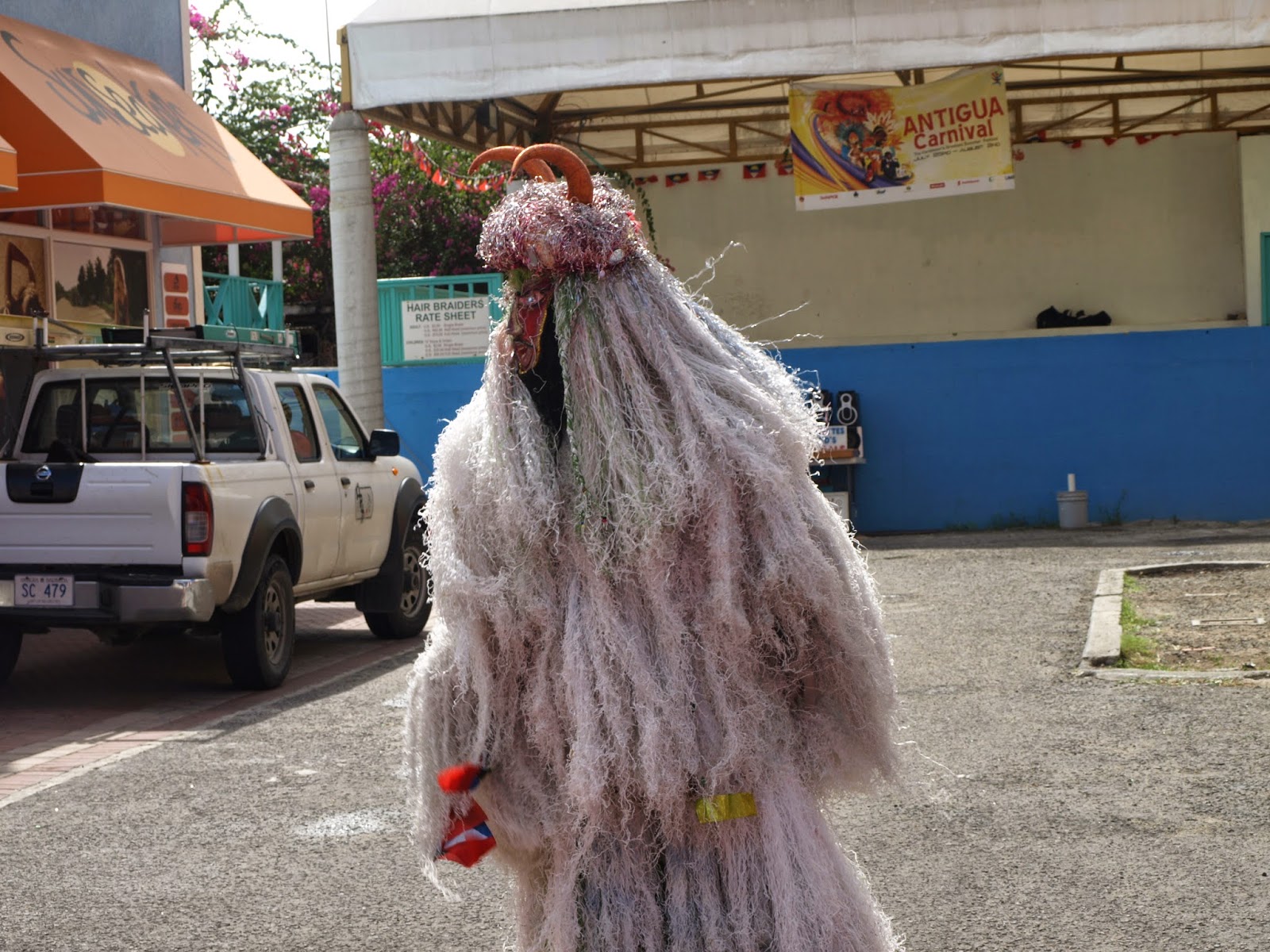 Would you want your picture taken with this character? 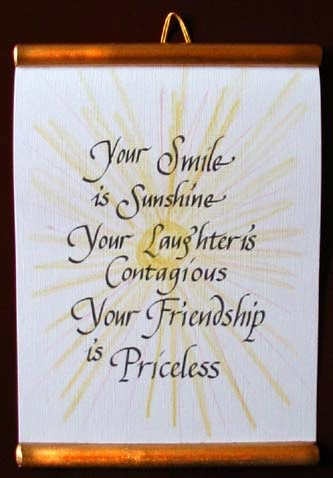 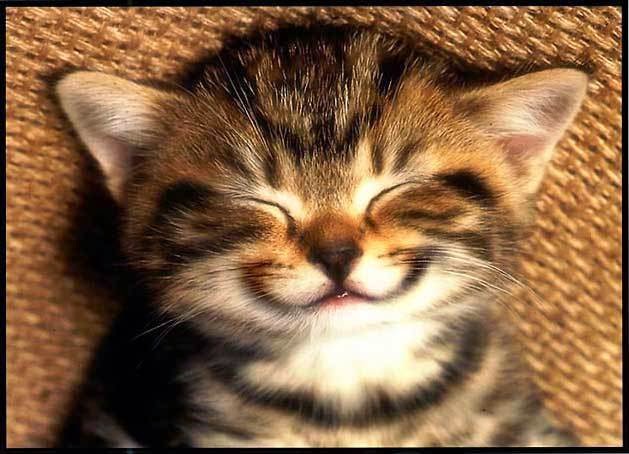