Yesterday it a warm 56 degrees and this morning it's a cold 30 degrees and it might snow. Life changes so fast. 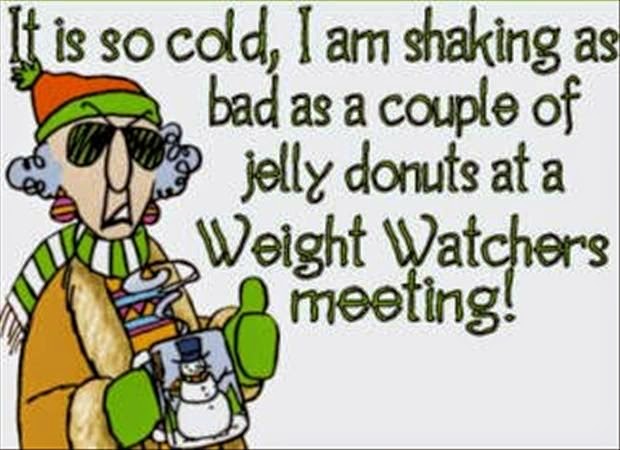 The Indians asked their Chief in autumn if the winter was going to be cold or not. Not really knowing an answer, the chief replies that the winter was going to be cold and that the members of the village were to collect wood to be prepared.
Being a good leader, he then went to the next phone booth and called the National Weather Service and asked, "Is this winter to be cold?"
The man on the phone responded, "This winter is going to be quite cold indeed."
So the Chief went back to speed up his people to collect even more wood to be prepared. A week later he called the National Weather Service again, "Is it going to be a very cold winter?"
"Yes", the man replied, "it's going to be a very cold winter."
So the Chief goes back to his people and orders them to go and find every scrap of wood they can find. Two weeks later he calls the National Weather Service again: "Are you absolutely sure that the
winter is going to be very cold?"
"Absolutely," the man replies, "the Indians are collecting wood like crazy!" 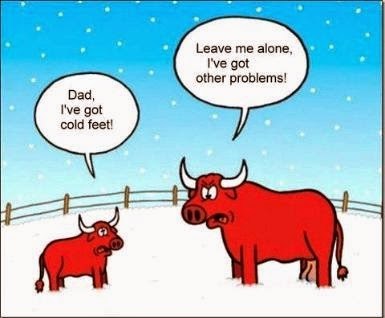 Its So Cold Jokes

It's so cold, even the Good Humour Man is in a bad mood.

It's so cold, chicken wings are being sold only in hot and suicide.

It's so cold, Paris Hilton is actually wearing clothes.

It's so cold, fleece is once again fashionable.

It's so cold that I put the meat in the freezer to defrost.

It's so cold that I saw a lawyer with his hands in his own pockets for once.

It's so cold that even members of congress couldn't get into a heated argument.

It's so cold that cigarette smokers were passing out because they didn't know that
they were through exhaling.

It's so cold that instead of the finger, New Yorkers are giving each other the mitten.

It's so cold that cabbies are wearing flannel turbans.

Jay Leno: "It was so cold, I saw an Amish guy buying an electric blanket." 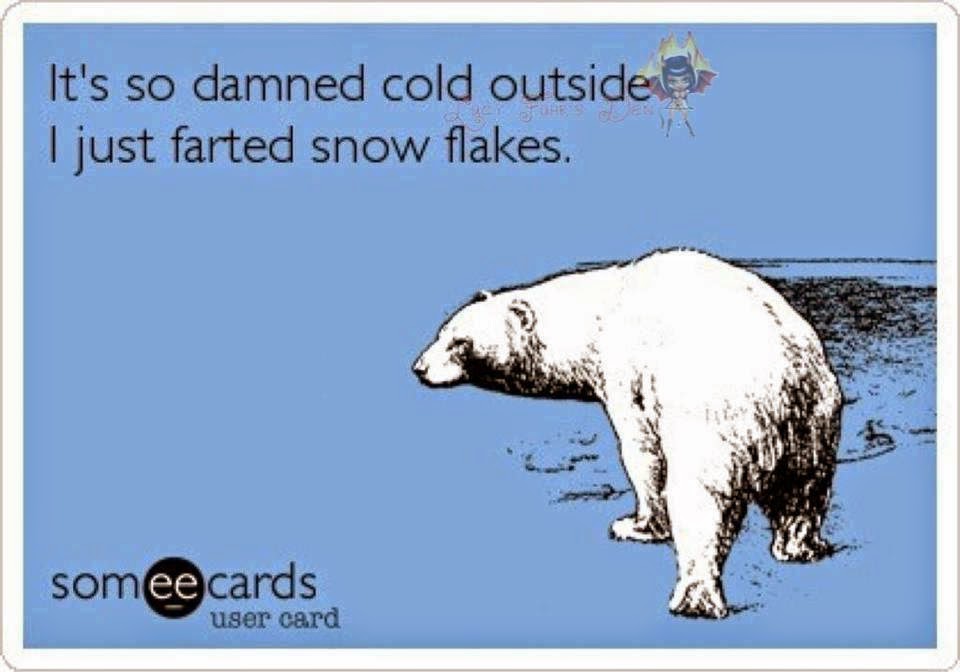 
A blonde walks into a doctor's office and says, "Doc, I'm horribly sick!"

The doctor looks at her and asks, "Flu?"

Today my wife has to leave to get her hair done and my daughter is cooking dinner today. I'll be OK, I'll survive.  Ha,ha,ha.
I think I'll spend some time decorating for Christmas or baking for the holidays. After lunch my friend Gerry, my golfing friend, will be over to play some pool, some discussions and after coffee and goodies. Sounds like a great day. How about you?
See ya! 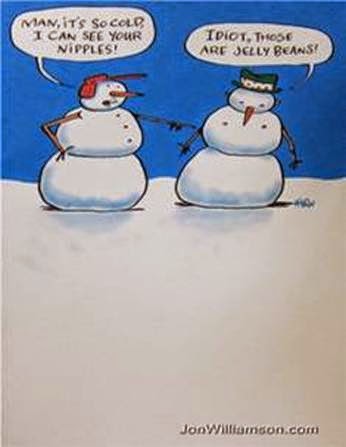