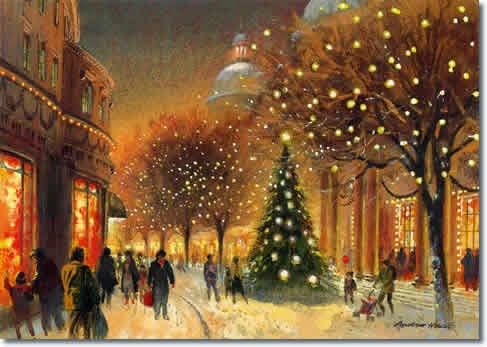 Raindrop rings are your dripping, down the street where there's water, dreary sight, were angry today, walking in a sloppy winter land. Pretty good wasn't that. I know that I said I hated all that snow last year but just a little snow makes a different in appearance. The way it looks outside make me. Even some sun would make a difference but this mess makes you feel down.
Sorry to begin my post this way but that's how I feel looking out my window. Yesterday seeing my doctor he noticed a black mark on my face and looking at it he said it looks OK but keep an eye on it. My dad did have skin cancer. Now regarding the car pedal. He's going to write up a letter and then sign it saying that roughly I have no problems driving with the pedal. He did say this government idea was screwy. It's just a money maker and that I shouldn't have to write a driving test since I've been driving for 37 years with the use of the left pedal. We'll see what happens now. 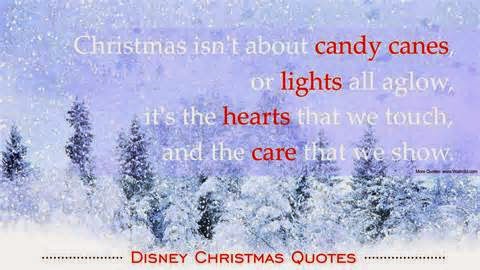 
A lady lost her handbag in the bustle of Christmas shopping. It was found by an honest little boy and returned to her. Looking in her purse, she commented, "Hmmm.... That's funny. When I lost my bag there was a $20 bill in it. Now there are twenty $1 bills."

The boy quickly replied, "That's right, lady. The last time I found a lady's purse, she didn't have any change for a reward." 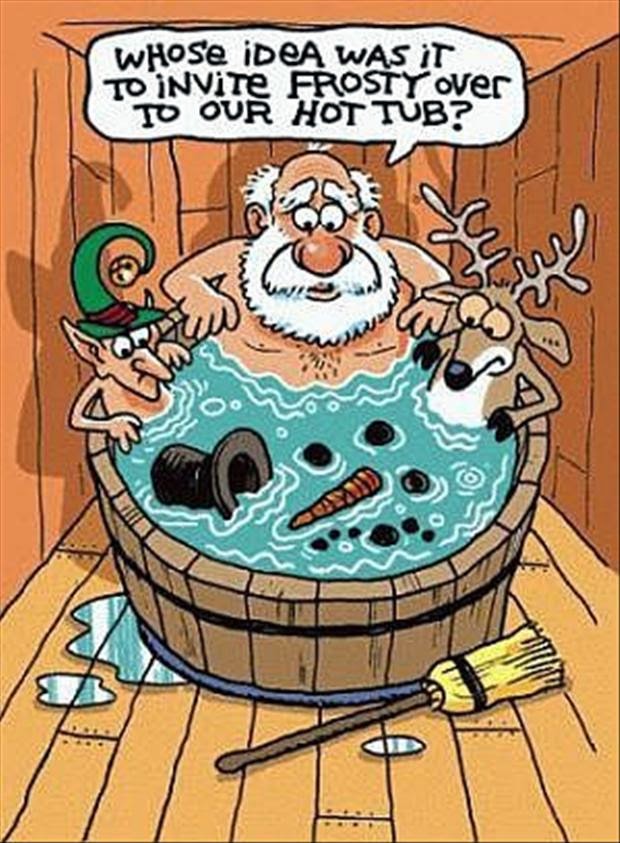 After being away on business for a week before Christmas, Tom thought it would be nice to bring his wife a little gift. "How about some perfume?" he asked the cosmetics clerk.
She showed him a bottle costing $50.
"That's a bit much," said Tom, so she returned with a smaller bottle for $30.
"That’s still quite a bit," Tom groused.
Growing disgusted, the clerk brought out a tiny $15 bottle.
Tom grew agitated, "What I mean," he said, "is I'd like to see something real cheap.”
So the clerk handed him a mirror 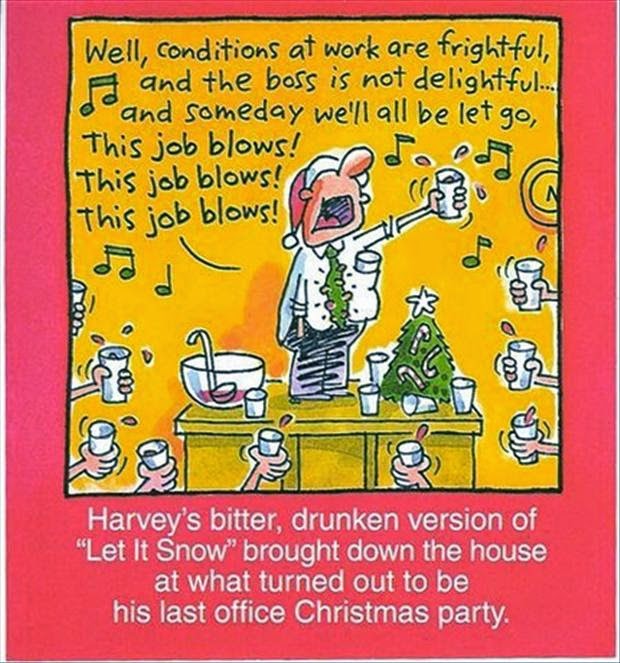 1. Instead of milk and cookies, leave him a salad, and a note explaining that you think he could stand to lose a few pounds.
2. While he's in the house, go find his sleigh and write him a speeding ticket.
3. Leave him a note, explaining that you've gone away for the holidays. Ask if he would mind watering your plants.
4. While he's in the house, replace all his reindeer with exact replicas. Then wait and see what happens when he tries to get them to fly.
5. Keep an angry bull in your living room. If you think a bull goes crazy when he sees a little red cape, wait until he sees that big, red Santa suit!
6. Build an army of mean-looking snowmen on the roof, holding signs that say "We hate Christmas," and "Go away Santa"
7. Leave a note by the telephone, telling Santa that Mrs. Claus called and wanted to remind him to pick up some milk and a loaf of bread on his way home.
8. Set a bear trap at the bottom of the chimney. Wait for Santa to get caught in it, and then explain that you're sorry, but from a distance, he looked like a bear.
9. While he's in the house, find the sleigh and sit in it. As soon as he comes back and sees you, tell him that he shouldn't have missed that last payment, and take off.
10. Leave a plate filled with cookies and a glass of milk out, with a note that says, "For The Tooth Fairy." Leave another plate out with half a stale cookie and a few drops of skim milk in a dirty glass with a note that says, "For Santa"
11. Take everything out of your house as if it's just been robbed. When Santa arrives, show up dressed like a policeman and say, "Well, well. They always return to the scene of the crime."
12. Leave out a copy of your Christmas list with last-minute changes and corrections.
13. While he's in the house, cover the top of the chimney with barbed wire.
14. Leave lots of hunting trophies and guns out where Santa's sure to see them. Go outside, yell, "Ooh! Look! A deer! And he's got a red nose!" and fire a gun.
15. Leave Santa a note, explaining that you've moved. Include a map with unclear and hard-to-read directions to your new house.
16. Leave out a Santa suit, with a dry-cleaning bill.
17. Paint "hoof-prints" all over your face and clothes. While he's in the house, go out on the roof. When he comes back up, act like you've been "trampled." Threaten to sue.
18. Instead of ornaments, decorate your tree with Easter eggs. Dress up like the Easter Bunny. Wait for Santa to come and then say, "This neighborhood ain't big enough for the both of us."

Another day closer to Christmas. Today we go and visit my Uncle Rocco & Aunt Chris. He's my father's brother and the last one of the dad's  family.
Have a great day and as I always say......... See ya .